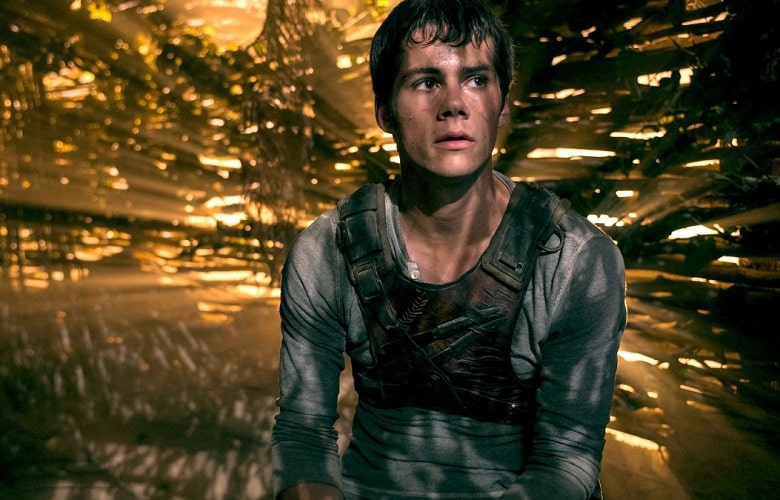 Has the YA sci-fi thriller changed from its early roots to the present? The short answer is a lot, and also not at all.

Starting with YA Dystopian Sci-fi

While revisiting some of my favorite books through the ages I noticed a distinct trend in dystopian fiction. Dystopian worlds have been written about since the 1930s in novels such as Brave New World by Aldous Huxley, to more recent times where we’ve seen an explosion of dystopian (especially following the success of The Hunger Games). The Mazer Runner, Delirium, Shatter Me, and The Loneliest Girl in the Universe, to name a few.

The idea of one hero changing the world, standing up for what they believe in, convincing the crowd to change their mind. It fascinates all of us. We all want to be that person. The strong one who won’t lie down and take it, that one person who is brave enough to say “no.” Dystopia is an area that will continue to fascinate for years to come.

The Categories of YA Sci-Fi

There are, and always have been two clear categories in science fiction. Those that focus on the space and “out there” scenario, space operas such as The Hitch Hiker’s Guide to the Galaxy, and those that look into science and tech developments in the real world, what we call “grounded sci-fi,” (or the sci-fi thriller) such as The Girl with all the Gifts, Jurassic Park, or Ready Player One. Both categories have always existed, bringing two different camps of readers, and continue to exist now, often blending fantasy as well.

Early science fiction often focused on alien contact and spaceships to another world. Although the first UFO sightings occurred as early as the 17th century, it wasn’t until the 1940s and 50s that they became more regular. With the Roswell event, and the ability to spread news around the world, the idea of alien beings fascinated both writers and readers.

There’s been a huge shift in the last couple of decades towards viruses and zombies. We have the funny, such as Warm Bodies, to the scientific, such as The Girl with all the Gifts, and the action packed like The Maze Runner. Our fascination with the “zombie virus” and how society might react has enthralled us. Perhaps we wonder how we will face an epidemic of such proportions, much like we thought about first contact when the first UFOs were sighted.

With epidemics and pandemics emerging in the world and with the rate at which they will spread due to our communication and transport networks, it’s no wonder it remains a topic of focus. With COVID in the world, some of these questions are answered and I, for one, dread the reality of a modern-day zombie apocalypse. Imagine having to face down a fast zombie like in World War Z!

The Focus of YA Sci-fi

Science fiction has always focused on the unknown. Those ideas that fascinate people and the things they can’t explain. We are no closer to real alien contact, or intergalactic space travel, or overturning dystopian societies than we were almost a decade ago. Our technology has advanced, but these questions remain in young adult books today. What will first contact with another intelligent species look like? Will it be friendly and aimable and will we be able to learn from each other? Or will they want to take our planet from us, like in The 5th Wave? Books tend to focus on the later, after all, what conflict would there be if we didn’t have an alien race to defend ourselves against?

We’ve had some female greats write in the emergence of science fiction, such as Ursula Le Guin and Ira Levine, but I love to see how more female writers are writing science fiction today. Often the female touch brings a new element to science fiction, and that is a love story. Many of the more modern young adult novels either center around a love story or contain one. Laruen Oliver’s entire Delirium Trilogy pivots around the idea that love is forbidden, so of course we need a central love story. And take the recent novel, Eve of Man by husband and wife team Giovanna & Tom Fletcher. Eve is the last female of reproductive age on earth. Of course love has to be involved.

Impacts of Technology on the Sci-fi Thriller

Not only has there been a shift in more female authors and love stories within the genre, but with the increase in our technology, more books are centering around gaming. Think Ready Player One and the forthcoming Ready Player Two (excited!). William Gibson’s Neuromancer, Snow Crash by Neal Stephenson, and the Lawnmower Man by Stephen King. There’s even a plethora of Minecraft fan fiction books available on Amazon. Ever since the dawn of the computer, we’ve had sci-fi thrillers that deal with technology. It’s become increasingly sophisticated as our world develops. Books about AI have been around for a few decades, but only recently are we beginning to hone in on the specifics and what problems might arise with their very real advancement. AI doesn’t just come in the form of a humanoid figure, but would control airplane software, cars on roads, and pacemakers. All frightening possibilities if it were to go wrong. And all they need is an internet connection. Think Cinder by Marissa Meyer or Partials by Dan Wells, both fascinating takes on the situation.

The Emergence of the YA Category

Another interesting development, that isn’t specific to science fiction books but is apparent in all genres, is the development of the young adult category. I remember reading A Wrinkle in Time when I was ten years old, and then jumping right on to Stephen King and Dean Koontz. There were children’s books and adult books. That murky middle ground didn’t seem to exist when I was a child in the 80s and 90s. Before that, science fiction appropriate for teens often had characters in their twenties, such as Logan’s Run and The Running Man.

In the past couple of decades there’s been a huge shift to attract our teenagers to read and incite them into specific books for their age category. I can’t decide whether I think this is a good thing or not. Does this mean teens might not branch out into adult books they would love? And it could mean adults might overlook some absolute gems in the YA world. I am constantly shoving young adult books at my adult friends, persuading them to read some fantastic writing.

As a result, the age of the central character in young adult books has come down, often with a protagonist of 16 years old. It does pose a problem. Authors need to find a way to get the parents out of the way and show that this particular teen is the only one who can fight a unique battle. Newer YA characters come packaged with skills. Katniss can already shoot a bow and arrow. Lena in Delirium is already a runner, which becomes important in the rest of the trilogy. In Maze Runner, Thomas has a unique quality in his own blood. The characters already come super powered. Perhaps it would be nice to see an “ordinary” teen being thrust into a situation and learning new skills? Food for thought.

The Demographics of Authorship and Characters

Another change that has occurred, and is still shifting dramatically, is diversity in our young adult science fiction genre. No longer are books merely written by white men. We have diversity in our authors, reflected in our characters. Not just in terms of race, but gender, sexuality, and mental health. Genres are becoming blended, which includes science fiction. Why not have a fantasy book about anorexia? Why not have a space opera about coming out? Why not have a journey to the center of the earth that includes issues of ADHD?

Our characters no longer merely have a backstory and a plot problem to overcome, but a bigger internal obstacle that adds depth to their development. As these issues are becoming more recognized and accepted today, and as more treatments become available, teens want to see themselves in the books they read.

The science fiction thriller is a fantastic place to talk about diversity. Isolated from the sticky issues of a modern-day contemporary society, books can explore these issues at one step removed, giving the novel and character a bit more room to breathe while helping teen readers identify with different issues. Books have been given a job, not just to entertain, but to encourage empathy, understanding, and recognition. It gives rise to some very interesting genre blending which creates fantastic reading experiences. They aren’t just escapism, but can reveal inner truths and make a teenager feel less alone.

This is fantastic for girls who are into STEM and have a wide choice of sci-fi books available to them. I’ve loved seeing books such as Ultraviolet by R. J. Anderson come to life which deals with mental health themes. Mental health is such a wide and varied area and there is no shortage of ideas to write about within the science-fiction thriller genre. It can actually make for some very interesting twists.

Another area of diversity emerging is around learning difficulties. We all know Percy Jackson had dyslexia because he was really wired to speak Greek. It’s lovely to see qualities that have been considered “weak” or “failings” triumphed in these ways. But we still need to move on from the attitudes in Percy Jackson. Having ADHD or dyslexia or Autism shouldn’t mean a character also has superpowers. They should be the character for a different reason, who just happens to have one of these diagnoses which may or may not help or hinder them in their journey. All of these issues need to be treated sensitively.

Unfortunately, there aren’t many of these genre blending books available as yet, (movies – yes, books – not so much), but I think we are on the tip of the iceberg here and is absolutely an area I too like to combine. A couple of good examples are A Cosmology of Monsters by Shaun Hamill and Infinite Noise by Lauren Shippen.

The Evolution of the YA Sci-Fi Thriller

So, back to the original question. Has young adult science fiction changed? Has the YA sci-fi thriller changed?

Yes, yes it has. Now that the YA sci-fi thriller has its own category there are no bounds. The shifts in real world technology have opened up the imagination of authors and the more recent inclusion of diversity issues have created nuanced and rich reading experiences. The YA sci-fi thriller is a great place to be and I can’t wait to see what the next decade brings in this genre. 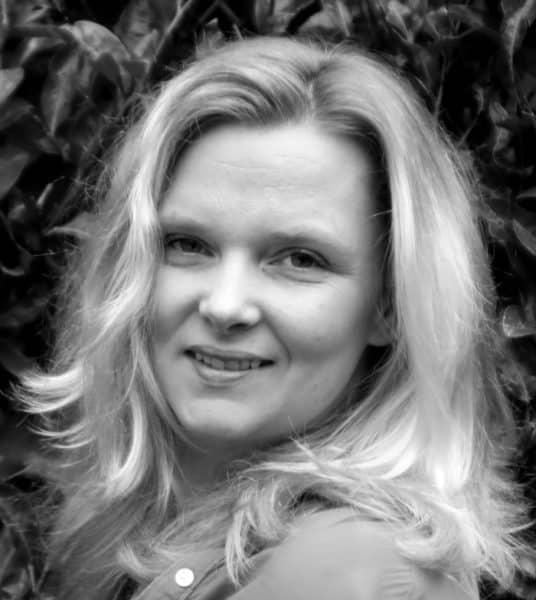 Marisa Noelle is the writer of MG & YA SFF & mental health novels. The Shadow Keepers is due out July 2019, The Unadjusteds in November 2019 & The Mermaid Chronicles – Secrets of the Deep at the end of 2019. When she’s not writing or reading or watching movies, she enjoys swimming. In the pool she likes to imagine she could be a mermaid and become part of some of her make-believe words. In the water, she can ignore the real world and focus on the plots of new novels and scenes. She lives in Woking, UK with her husband and three children.

END_OF_DOCUMENT_TOKEN_TO_BE_REPLACED

The bestselling author on The Kaiju Preservation Society and more