Young Fenna Vos, raised solely by her Dutch miner father in a small immigrant filled town in Michigan, has struggled to overcome early tragedy and adversity to forge a place in a man’s world by utilizing her obsession with the magic and illusions of Harry Houdini.

The story opens in 1942 with Fenna performing on stage as an assistant to Charles Bouchard, as he performs feats of magic and escapology to thunderous hoots, hollers and applause from the audience. But, actually she is the mastermind behind his “death defying” escapes. She has groomed him and devised and choreographed the illusions and magic, and yet, performs as “his assistant” for over three years on tour. She remains at center stage virtually unseen. She is approached after the performance by Christopher Clayton Hutton, who proposes and offers a job in London as a wartime civil servant to assist him. Her job would be to devise gadgets and escape aids to thwart the Germans in order to save lives of Allied soldiers and P.O.W.s. Hutton is well aware that Fenna is the brains behind their act, and is desirous of obtaining her unusual skill set for MI9’s war effort. Fenna vividly recalls being immersed as a child watching spy and detective adventures at the movies, and accepts the offer with trepidation. She has no inkling that eventually she will leave the comfortable confines of London, and request to be dropped behind enemy lines in occupied Holland to find and clear the name of her dear childhood friend and love of her life, Arie Jansen. He has disappeared without a trace and is suspected of being a Nazi collaborator.

McMorris utilizes flashback chapters of Fenna’s early life in 1928 to lay the foundations of her early life, exposure to tragedy, and mechanisms to overcome her adversity to life in an orphanage that lead to her future motivations and independence. She had disabling nightmares after experiencing the trampling tragedy on a stairway, at a Christmas Party.. After someone falsely called “fire” both adults and children were trampled to death. She envisions caskets nightly, some filled with her own image. Arie Jansen proved to be a godsend in his nightly offering her solace and a distracting story about brave knights, dragons, and pirates. He also gave her a book that would alter her life forever. She found on her pillow, a pocket-sized book: Houdini’s Big Little Book of Magic and Stunts. Fenna sets out to make her own way in the world.

Kristina McMorris weaves a complex and twisted tale with multiple interwoven subplots, with elegant and passionate prose that immerses the reader with an escalating tale of secrets, intrigue, desperation, friendship and love. This evocative tale results in a compulsive page turner to find closure in Fenna Vos’ life. This gripping story of survival was inspired by multiple true events and real persons, as disclosed by the author in an insightful Afterword.

Thanks to NetGalley and Sourcebooks Landmark Publishers for supplying an Uncorrected Proof in exchange for an honest review.

The Ways We Hide available at:
Amazon 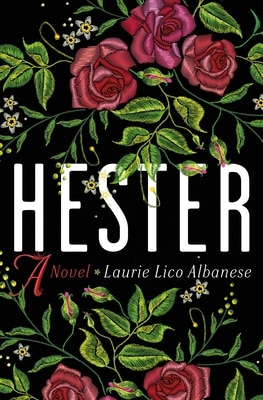