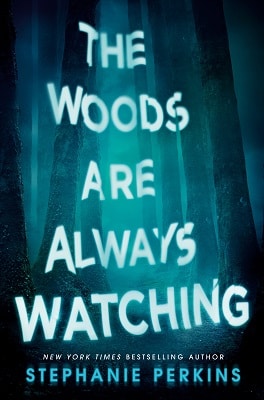 The Woods Are Always Watching

Josie and Neena have been best friends since middle school. In the upcoming weeks, they will be going their separate ways – Neena will be going away to college in California and Josie will be going to a local college and continuing to work at K-mart.

Though neither have them been hiking, they decide to take a last-minute trip through the woods to bond one last time. Armed with maps, water, food, a tent, and very heavy backpacks, they begin their journey but sadly, things go downhill fast. They soon realize that they are shockingly unprepared for what awaits them. When Josie falls down what appears to be a sinkhole, she breaks her leg in several places, and Neena has no choice but to leave her and find help. While Josie lies bleeding in the sinkhole, Neena realizes she has forgotten her inhaler in the backpack she left with Josie. Torn between going back and getting her inhaler and going to find help, she chooses to continue to go down the mountain and take her chances.

Stephanie Perkins has done an amazing job describing the backgrounds of the two teenagers and why they make the choices they do. Josie’s father died suddenly a few years back and she has chosen to lean on her brother and Neena to make choices for her, including driving, which she refuses to do. Neena comes from an Indian family and is the classic overachiever. When the two start to argue and disagree on their next moves, the reader sees issues coming between the two of them that have never been solved. Neena wants Josie to take a stand on “something”, while Josie is content to have Neena lead the way. They definitely act like teenagers and are age appropriate.

Make no mistake that The Woods Are Always Watching is a horror story. Almost too frightening for what I considered a middle school book. The girls are stalked by two rednecks who have gone on a killing spree in the woods Josie and Neena are hiking in. There is mention of rape, necrophilia and murder. Both girls are hunted separately and one girl is shot at and injured. The suspense is wonderful, and while the book is short, Perkins has managed to write a satisfying story of horror, suspense and also, friendship. As I was reading it, I couldn’t imagine what was going to happen next. That is the kind of book I love to read.