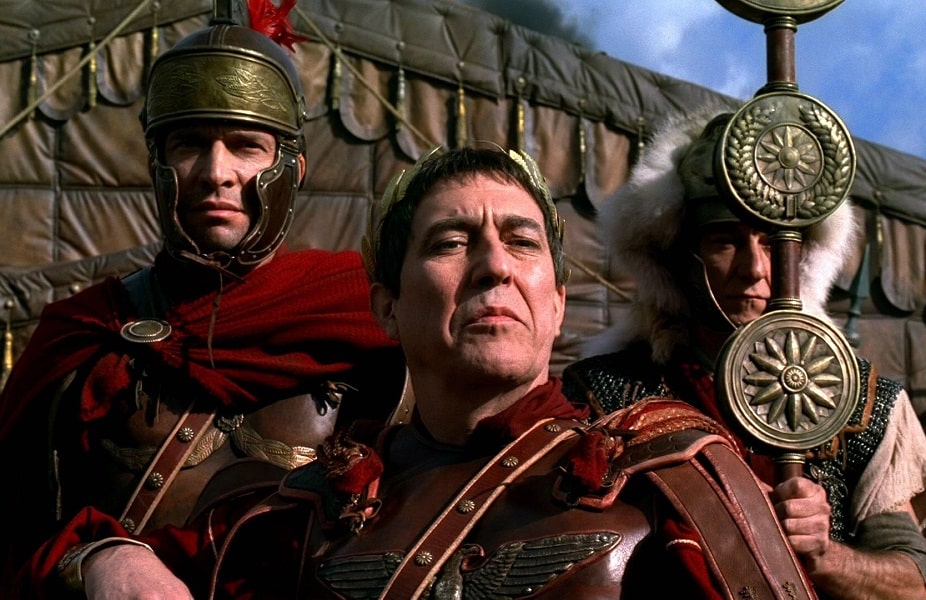 Hail Caesar! We who are about to die salute you, Veni Vidi Vici, Cathego Delenda Est, Alea Iacta est. You get the point, Ancient Rome has some of the most memorable quotes. As a classicist, my focus in college was Greco-Roman history so I’m a sucker for a good thriller set against the backdrop of the Roman Republic or Empire. With such a rich history filled with civil wars, political upheaval, and a culture that dominated the Mediterranean world for nearly a millennia; you’ll forgive me if I nerd-out about this time in history.

Ancient Rome is a fantastic backdrop for historical fiction. With all the palace intrigue that came with the establishment of the Empire and the bloody conflicts from the Punic Wars up to the sacking of Rome and the empire’s destruction; there is enough historical record to insert a gripping story between the folds of historical fact and myth.

For those looking to embark on a journey back in time and explore Ancient Rome, I strongly recommend the following books, movies, and tv series to get you started.

Roman Thrillers on the Page 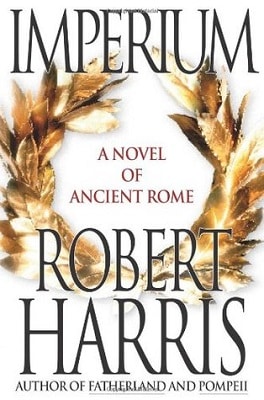 Imperium is a gripping political thriller that centers on Roman Senator, Marcus Tullius Cicero, one of the greatest orators of all time. Told from the point of view of his slave/secretary, Tiro, Imperium is set against the backdrop of the waning years of the Republic during the time of  Spartacus’ rebellion and the first triumvirate between Julius Caesar, Gnaeus Pompey Magnus, and Marcus Crassus. Imperium primarily centers on Cicero’s early years as a politician and traces his life from his prosecution of the corrupt Sicilian governor, Gaius Verres, to the Cataline conspiracy, to his grand ambition of being elected as Consul. Imperium is the first book in Harris’ Cicero trilogy and is a fantastic dive into the depths of Roman politics during a time that laid the foundation for Caesar to become emperor. 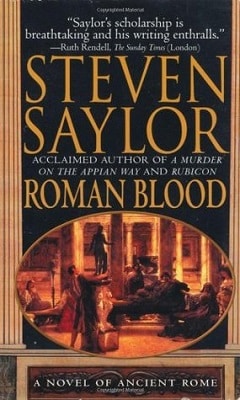 Roman Blood is the first in the Roma Sub Rosa series by Steven Saylor. Set during Sulla’s dictatorship (roughly 40 years before the start of the Empire), Roman Blood follows the story of Gordianus the Finder, a gumshoe hired by Marcus Tullius Cicero (yup, the same Cicero from Imperium) to investigate the murder of a Roman aristocrat by his son. But as Gordianus begins to uncover the truth of the matter, we find that a simple patricide is not as straightforward as meets the eye. For anyone looking for a murder mystery exploring the seedy underworld of Ancient Rome, I highly recommend Roman Blood. 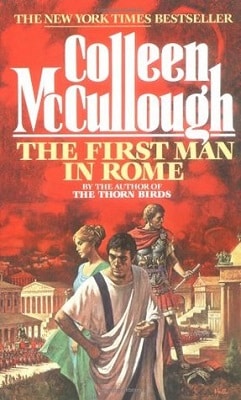 The first in McCullough’s Masters of Rome series, First Man of Rome is by far one of my favorite books about Ancient Rome. This book follows the story of Gaius Marius, a giant in Roman politics and military, and it centers on the story of his rise to power during the Roman Republic and his early conquests in North Africa, Hispania, and Germania. The story of Gaius Marius is one that revolves around not only his military successes but the political power dynamic he must grapple with back in Rome as political opponents vie to oppose his success. I strongly recommend this read as it covers a period in the Roman Republic often eclipsed by Cicero and Caesar’s exploits fifty years later. 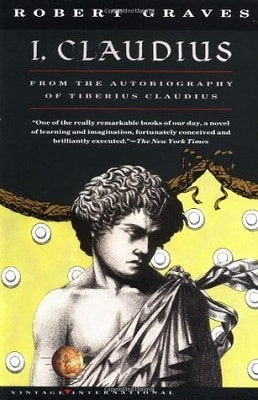 I, Claudius by Robert Graves

A fictional biopic on Emperor Claudius, I, Claudius is the first-person account of Claudius’ childhood and early life and follows his accession to Emperor of Rome. A pariah of the imperial family due to his disabilities, Claudius meanders through most of his early life as an afterthought to the majority of his family. For Game of Thrones fans, you can see many similarities between Claudius and Tyrion Lannister. I enjoy reading this book because Graves does an exceptional job at fleshing out the palace intrigue that goes on inside the household of the imperial family. What makes Claudius such a great narrator and protagonist is the sharp focus he provides on his relations with family members such as his great-uncle, Emperor Augustus, and his nephew, Emperor Caligula. For anyone with a fascination with the early days of the Roman Empire, I strongly recommend this.

Roman Thrillers On The Screen 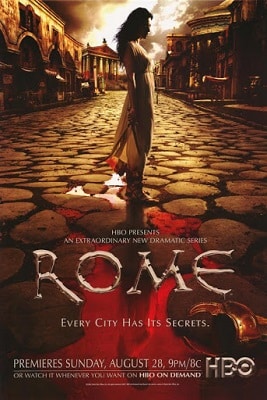 This is hands-down the best tv series I’ve ever watched about Ancient Rome. Rome is a two-season series that follows the stories of two legionnaires, Titus Pullo and Lucius Vorenus, from when they cross the Rubicon with Caesar up until the end of Mark Antony and Caesar Augustus’ civil war. The two protagonists have an almost Forrest Gump-Esque journey through the series. Throughout their escapades, the pair of them manage to encounter a who’s-who of Roman celebrities, including Cleopatra, Pompey, and Cicero (he really is in any good story about Rome). Rome’s great storytelling and strong character development make a highly enjoyable series that helps shed light on the complicated power dynamics among the ancient families of Rome. It also lets casual viewers explore what life was like during one of the most chaotic times of the Republic/Empire. 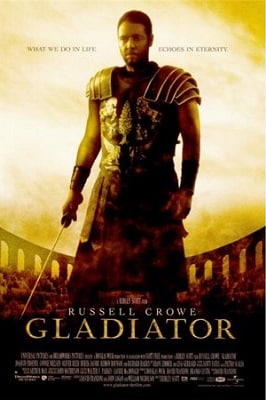 Show of hands; who hasn’t seen Gladiator? (crickets) Yeah, I thought as much. I think it’s safe to say Gladiator has become a cultural staple of the past two decades. However, if you haven’t seen it, I strongly recommend watching Ridley Scott’s extended cut. The story of betrayed Roman General, Maximus Decimus Meridius, takes on a new form in Scott’s extended cut as it fleshes out more of the political dynamic between Emperor Commodus and the Senate, and takes a more elaborate look at each character’s story arc. 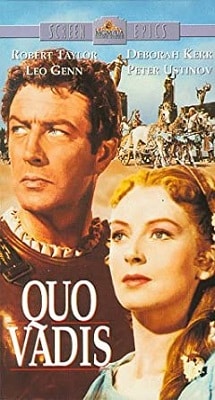 At 67 years old, Quo Vadis may be older than your parents. Set against the reign of Emperor Nero, Quo Vadis’ story centers primarily on the Roman Empire’s conflict with Christianity. While the story comes across more like an epic tale of Christianity vs Paganism, Quo Vadis is a thrilling epic that covers the overthrow of Emperor Nero and the triumph of good vs evil. For anyone interested in taking a trip down memory lane to the golden age of the silver screen, I recommend Quo Vadis.

As always, this list is by no means complete. Some other works from this time frame worth reading and watching include: The Eagle of the Ninth, Centurion, Julius Caesar, and The Fall of the Roman Empire.

Ancient Rome is a great period to read about because the more things change the more they stay the same. As you read about Ancient Rome and the problems people faced during that time, it’s no stretch of the imagination to find that the characters you are reading about or watching and yourself have more in common than you’d think. As I’ve said before about World War II fiction providing us a great opportunity to explore the human condition, so too do I believe that historical fiction about Rome is a great insight into our present. As George Santayana said, “Those who do not remember the past are condemned to repeat it.”

Conor Bender is a historical fiction enthusiast and writer. Passionate about the genre, Conor majored in Classical History at the College of Charleston and spent over five years serving as a foreign military advisor and logistician in the Marine Corps.

His passion for history and his military background inspired him to become a writer.

His debut novel, Jubilee, a World War II spy-thriller about the infamous Dieppe Raid of 1942, was released this summer. 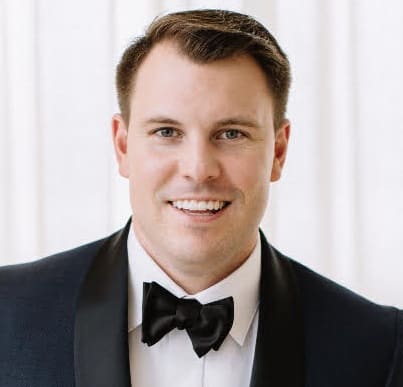