Although it’s been emotionally draining having to notify the families after the identification of each of the fourteen victims, working in cold cases means she gets to go home on time each night and play to her baby daughter Daniella and husband Dan. She’s pretty much her own boss but still has to report to Captain Johnny Nolasco, with whom she’s had a rocky relationship over the years. Fortunately, the new Chief of Police, Marcella Webber, has been supportive so far, particularly with Tracy’s current success making media headlines.

While still tidying up the paperwork for her last case, Tracy receives a call from a young woman, Anita Childress regarding the disappearance of her mother Lisa Childress twenty five years ago, when Anita was a young child. Lisa was a star journalist who kept the stories she was working on close to her chest until she was sure she had enough to publish. The night she went missing she told her husband she had to meet an important informant but didn’t tell anyone who it was or where they were meeting. Her car, with blood on the steering wheel later found next to a Greyhound terminal led the police to assume she had been murdered, with her husband their most likely suspect, despite any evidence.

Although Tracy’s Chief tells her to concentrate on the cold cases she already has, which have DNA that can now be followed up, the loss of her own sister, missing for twenty years before her remains were found, makes her feel for Anita’s need to find out what happened to her mother. Picking up the threads of Lisa’s investigation, Tracy finds herself treading in the dangerous waters surrounding drug raids, a special task force and police corruption and set her on a collision course with her new Chief.

This ninth novel in Dugoni’s popular Tracy Crosswhite series is another strong police procedural, featuring a strong and dedicated female detective putting her many talents to investigating cold cases. Although, now working on her own mostly at a desk, it was good to see Tracy’s old colleagues Faz and Del make an appearance, both at work and in her social life. Featuring less action than previous books in the series, the novel is nevertheless tightly plotted and suspenseful, featuring good old fashioned detective work, to not only solve the mystery of Lisa Childress’ disappearance but also expose a major coverup with far reaching consequences. With its self-contained plot the novel would work well as a stand-alone novel as well as a welcome addition for fans of the series.

With thanks to Thomas and Mercer via Netgalley for a copy to read.

What She Found is available at:
Amazon 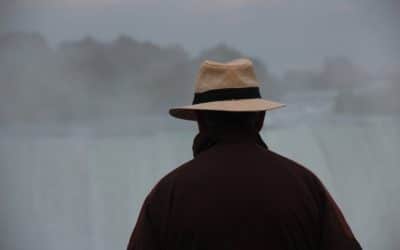