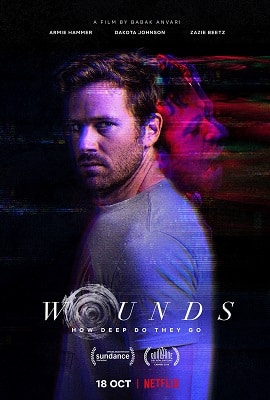 Wounds is a 2019 psychological horror film starring Dakota Johnson and Armie Hammer, which premiered at Sundance Film Festival in January of 2019 before releasing on Hulu in the US and Netflix internationally in October 2019. It is based on the novel The Visible Filth by Nathan Ballingrud, and is all about what happens when barman Hammer comes across a phone left behind at the pub by a bunch of college kids.

After finding a way to unlock the phone, and communicating with the kids in an effort to return the phone, Hammer and his girlfriend Johnson find themselves caught up in a world that they don’t understand. The pair begin to become more and more affected by the oddness emanating from the phone and communication with the people on the other side. They begin to hallucinate, become catatonic, aggressive, and erratic.

Despite the well communicated themes, and interesting storyline (with a strong likeable cast), the plot and horror elements never feel more than skin deep. And due to this, Wounds struggles to make a lasting impact, meaning this is not something that I will be in a rush to watch again, but that is not to say there is nothing memorable about the film.

What Makes it Memorable?

The acting is strong, which can be expected from Hammer and Johnson, but where this film shines more than anything else is in the visuals and lore behind the story. With us being introduced to the cockroach infestation at Hammer’s bar in the opening scenes, there was a moment where I was uncertain whether they were just visual effects or genuinely real, which was a great feat from the cgi. The continued use of the cockroaches does not feel saturated at any point, and is a reminder that in Wounds, a story point used continually is more effective than having something that appears once in each act to pivot around.

Additionally, the lore from the ‘deity’ point of view is very fleshed out and not something I was fully expecting to come across in a short film. With a run time of 94 minutes, it is difficult to fit everything needed into scenes and give the audience enough information to keep them interested. But Anvari, manages to do so successfully by having one character interested in the lore.  The story is able to continue in the foreground, while all the information that the viewer and characters need can be given in condensed chunks that happen on-screen with all the research coming off-screen. If nothing else, when you finish this film, you will become more aware of any wounds that you have and what you can do to cover them! 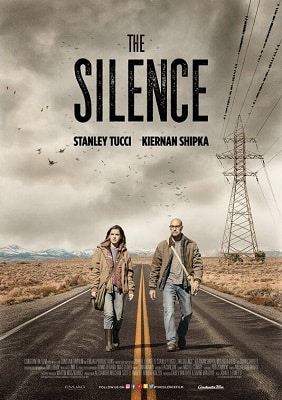 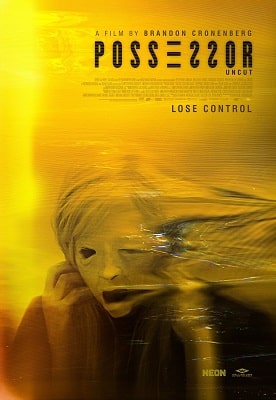 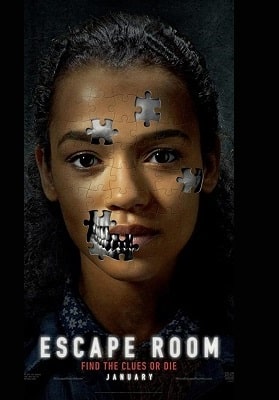