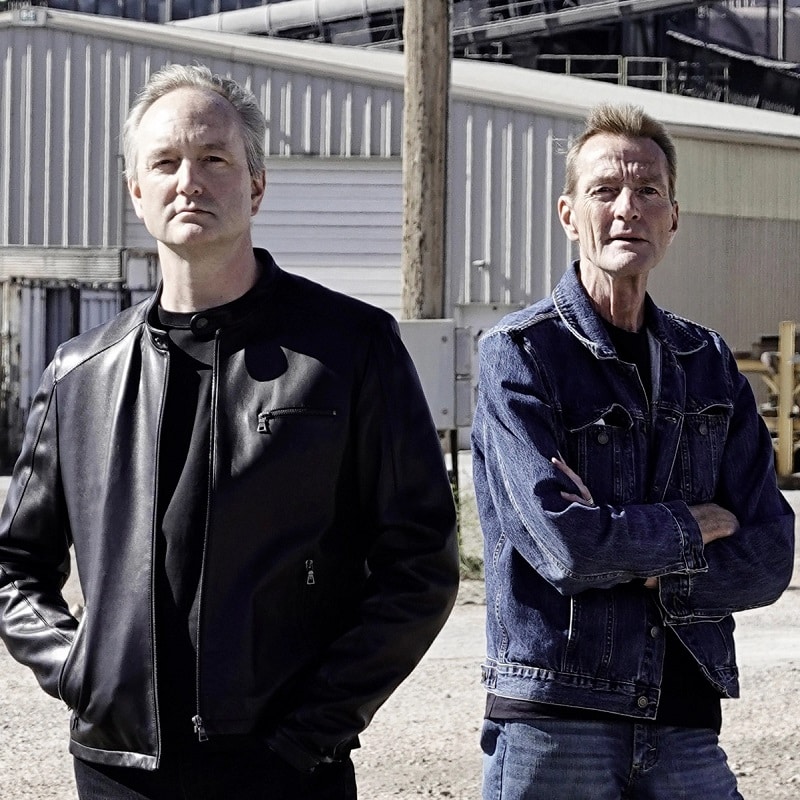 Lee Child was fired in 1995 at the age of 40 as a result of corporate restructuring. Always a voracious reader, he decided to see an opportunity where others might have seen a crisis and bought six dollars’ worth of paper and pencils and sat down to write a book, Killing Floor, the first in the Jack Reacher series.

Andrew Child escaped from corporate life, and established himself as the author of the critically-acclaimed novels Even, Die Twice, More Harm Than Good, RUN, False Positive, False Friend, False Witness, Invisible, and Too Close To Home. Andrew is married to novelist Tasha Alexander, and lives on a wildlife preserve in Wyoming, USA.

Q. No Plan B is the 27th installment of your beloved Jack Reacher series. This one, with conspiracy overtones, and the usual action/adventure flair readers have come to expect from your thrillers. What current events (or zeitgeist, or anything else) inspired it?

Lee: We don’t usually look for inspiration in current events because they’re too – current. We find that ideas and observations need time to mature before it’s clear which will make good stories and what should be filtered out. It’s a little like harvesting grapes – you can make juice immediately, but turning it into wine takes time. Then, when the initial concept is mature and we’re ready to start writing, we think about what kind of tone and mood we want to create. For No Plan B we had a sense of a world full of questions, where nothing is as it seems, and I think that contributed to the feeling of conspiracy that you picked up on.

Q. Among other things, your Reacher series is excellent for going light on back-reference, or requiring readers to have read previous titles in the series. What are your philosophies, generally, on books in a series?

Andrew: Thank you! We both love a series of books. I think the key when it comes to backstory is finding the right balance. You need to provide enough detail for people who are new to the series to feel comfortable with the characters and the world they inhabit without making long term readers feel like they’re covering too much old ground. I don’t think there’s a formula or a golden rule for this – we just go by instinct, shaped by the experience of decades of enjoying other writers’ series.

Q. Andrew and Lee, you write together so seamlessly. How do you do it?

Lee: Once the writing has begun the process falls into two parts: figuring out what happens next in the story, and putting that down on paper. The first is the fun part and we do it together, a little like musicians improvising until they come up with a passage or a riff they really like. We do the typing part separately and then email each section back and forth with no supporting introductions or explanations because that’s the way our readers will experience the book. It was actually an unexpected benefit of covid because when we were working on The Sentinel, the first book we wrote together, it wasn’t possible to be physically close every day and we found this was a great way to make sure every word is strong enough to do its job.  Sometimes there’s a couple of weeks between emails, which is good, because it means one or the other of us is really in the groove.

Q. Andrew, famously, you were one of the first readers of KILLING FLOOR back before Lee had published a word. What impact did that story have on you? How does it feel to be an internationally bestselling author, working in tandem with one of the all-time greats of the thriller genre?

Andrew: When I was kid I used to think about Jack and Bobby Charlton playing football together for England, or Angus and Malcolm Young playing sell-out tours with AC/DC, and daydream about getting to do something I loved with my brother. Now the dream has come true and I feel like the luckiest person in the world.

Q. Lee, what do you think of Alan Ritchson compared to Tom Cruise as Jack Reacher? How did your editorial input differ between the 2012 movie and the new tv series?

Lee: I had more involvement with the Amazon season than I did with the movies, because, don’t forget, I worked nearly twenty years in TV, so it was a world I knew.  Although to be accurate, it was the great-great-grandchild of the world I knew.  In particular, the narcotic, hypnotic rhythms of binge-worthy streaming were invented long after I was gone.  Fortunately our head writer – Nick Santora – was an old-school storyteller who also knew the new tricks, so we were in with a chance.  We needed Alan to carry the weight, and he did, big time.

Andrew: Reacher #28. We’ll be starting on September first, in keeping with Lee’s long-term tradition.  We have no idea what it will be about.  Depends on what kind of summer we have, I suppose. 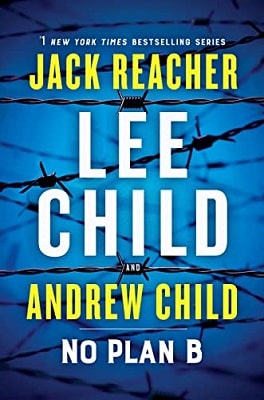 In Gerrardsville, Colorado, a woman dies under the wheels of a moving bus. The death is ruled a suicide. But Jack Reacher saw what really happened: A man in a gray hoodie and jeans, moving stealthily, pushed the victim to her demise—before swiftly grabbing the dead woman’s purse and strolling away.

When another homicide is ruled an accident, Reacher knows this is no coincidence. With a killer on the loose, Reacher has no time to waste to track down those responsible.

But Reacher is unaware that these crimes are part of something much larger and more far-reaching: an arsonist out for revenge, a foster kid on the run, a cabal of powerful people involved in a secret conspiracy with many moving parts. There is no room for error, but they make a grave one. They don’t consider Reacher a threat. “There’s too much at stake to start running from shadows.” But Reacher isn’t a shadow. He is flesh and blood. And relentless when it comes to making things right.