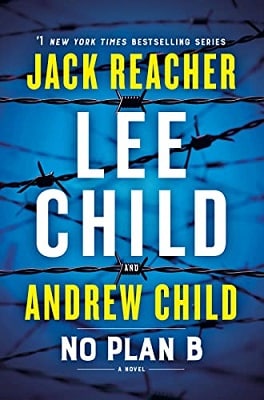 “To fill a small bag means selecting,and choosing, and evaluating. There’s no logical end to that process. Pretty soon I would have a big bag, and then two or three. A month later I’d be like the rest of you.”
― Lee Child, 61 Hours

This is my second Jack Reacher book, and it fascinates me that I love them so much. They are easy reads. There is no “floral” language, lots of “beat em up” scenes, and the occasional woman. What I love about Mr. Reacher is his “I don’t give a damn” attitude. Six guys waiting to kill him at a rest stop? No problem. Roadblock in the middle of the desert? We’ll work it out. There are a lot of characters in this book compared to the last Reacher book I finished. One person wants revenge for the death of his son, a teenager looking for his father, a woman seeking knowledge on the death of her ex-husband, and some bad guys who seem to follow Reacher wherever he is. .

Jack Reacher is a drifter, traveling through the country with nothing but the clothes on his back. No wallet, no change of clothes, no car. No possessions. In No Plan B, Childs’ latest novel, Reacher is in the small town of Gerrardsville, Colorado. There is a civil war museum that he thinks might interest him. While en route, he witnesses a man pick a woman up and throw her under a city bus. Because he is Jack Reacher, he pursues the man on foot into an alley, wanting to confront him and hold him for the police but that doesn’t happen. The killer escapes. The Police Detective arrives at the scene and informs Jack they are already ruling the woman’s death a suicide based on a statement by another witness. Reacher, as always, wants justice. When he investigates, it leads him to another death from a heart attack but he knows there is more to the story. He realizes there is a strong connection between the woman thrown under the bus and the man who recently died of a heart attack. Both deaths lead to a for-profit prison in Mississippi and Reacher heads there with the ex-wife of Sam Roth, the heart attack victim.

Minerva in Winson, Mississippi is a private institution where prisoners are doing things that may or may not be illegal under the instruction of the owner of the prison. These are evil men but we don’t really understand how evil until the last chapters of the book. The different storylines converge at the end and it was quite satisfying.

Jack Reacher is such a great character, but he almost doesn’t seem human. While he is enormous (6’5 and 250 lbs) and seems to never age, he has some real human qualities. He cares about people but doesn’t always respect the law. He seems to have an innate distrust, which is intriguing and I assume discussed in earlier books. Another reviewer described him as having a lizard brain and this is true. Reacher seems to look at any situation and immediately know what to do as he can sense danger long before it arrives. I can’t comment on the Jack Reacher of earlier days when Lee Child was writing his books. I can say I understand the appeal of these books, now written by Andrew Child, Lee’s brother. They are easy to read and all the facts are right there. And most importantly, Jack is a very likable character and seems to fight for the underdog.

No Plan B is available at:
Amazon