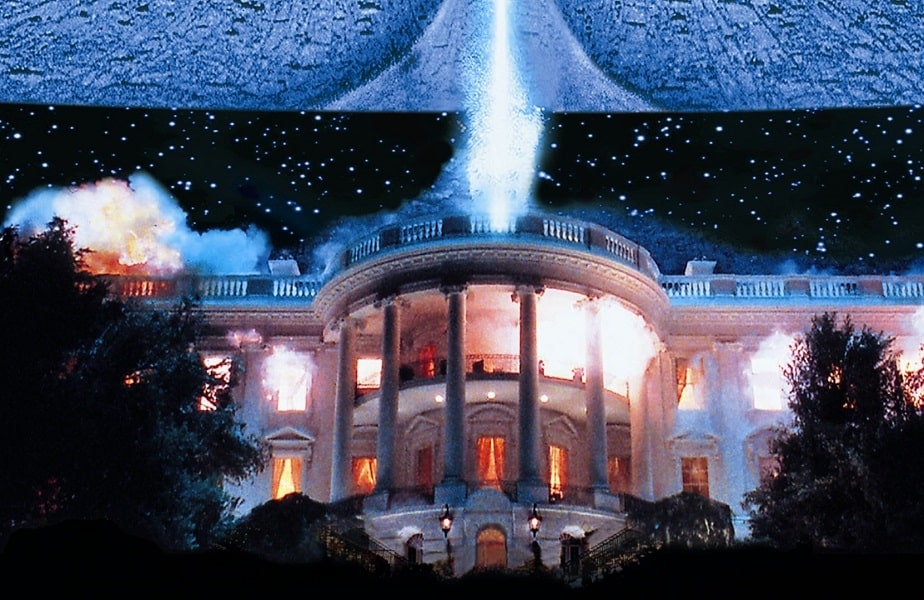 If your internet stops or your computer freezes while reading this review on the top sci-fi conspiracy movie thrillers, well, maybe it’s because there’s some truth hidden within these great movies.

Some say certain conspiracies are too dangerous to discuss, so authors and movie producers put them out as fiction movies so that they don’t end up rotting away in a prison cell. Or I might just be paranoid, and this is just another farfetched conspiracy theory. Who knows? In any case, everyone loves a mystery, and what can be more exciting than watching a science fiction thriller with hidden conspiracies?

Here’s a list of some of the best mind-bending SF conspiracy thriller movies. Some will shake your soul, bend it with drugs from the CIA, and maybe even take it away by an alien soul catcher if you’re not careful. 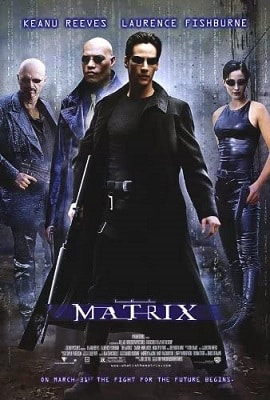 The Matrix is one of those special cyber adventure movies. If you feel you live in the matrix, or the world is hiding something—and it is, this will open up your mind. Except for the first time I watched Star Wars as a kid, did I ever get so wrapped up in a movie. This movie shows a whole new world and includes stunning visual effects.  The movie makes you wonder:  What is real? And what’s not real in life? Are we living in a computer program? Lots of action and fight scenes, maybe too many for some, but I loved the three movie series. This is by far the best movie in many categories. If you haven’t watched the series already, or not watched it twice, you’re really missing out on life. I watched the series three times. Great acting by Keanu Reeves, Laurence Fishburne and Carrie-Anne Moss. The visual efforts still hold up to today’s standards. 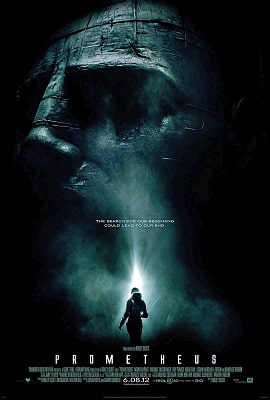 Ridley Scott directs this must see SF mind bending SF conspiracy thriller. Some scientists talk about the possibility of aliens involved in the creation of mankind, and that there’s a ‘conspiracy’ to keep this secret from the public. This story follows that lead with archeological clues that show humankind was created by the ‘engineers’ (a race of super beings).  The USCSS Prometheus sets out to investigate these super beings, who according to an archeologist, ‘invites’ humanity though a coded star map. The movie keeps you on edge as the mystery unfolds from an intellectual interest to fear and then panic. Mankind does not really understand the consequences of its actions on the world of the engineers. The directing and visual effects create an intense jet ride rollercoaster event. The questions on human existence aren’t quite answered (and the sequel, Alien: Covenant (2017), surely doesn’t try to answer them), but does anyone really want to know the truth? Can anyone handle the truth? This SF mind bender is worth watching at least once, if not twice—maybe with a strong drink in hand. 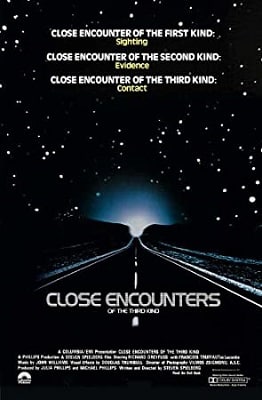 Close Encounters of the Third Kind (1977)

This is a well done and thoughtful paranormal alien conspiracy movie directed by the great Steven Spielberg. It’s based on the idea of various forms of alien contact, including the ‘third kind’, which is a visual sighting of an occupant or entity associated with a UFO. Dr. Josef Allen Hynek was an American astronomer, professor, and ufologist who worked for the Air Force in 1948 regarding UFO phenomena. He created the 3rd kind classification as ‘actually witnessing EBEs or Extraterrestrial Biological Entities either inside or outside of a craft’. In Close Encounters of the Third Kind, multiple people are seeing images and visions of Devils Tower in Moorcroft, Wyoming. People realize something big is about to happen, and for many in the story, it does.

Some believe that Spielberg took a true story of the US government meeting aliens in the 50’s and turned it into a movie. It’s rumored that many of the characters and events were based on truthful events. The story ends in a dramatic Hollywood fashion. Loved this movie as a kid and still love it today. 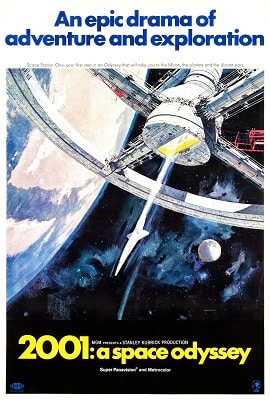 Director Stanley Kubrick is synonymous with SF Conspiracy thriller and his adaptation of the Arthur C Clarke novel is a classic. I’ve seen his 1968 film 2001: A Space Odyssey over five times. This is a creative, artistic, inventive piece of work, but—please note, many folks actually walked out of the first screening in 1968. This is a complicated movie and maybe too slow for some of those living in 21st century. You either love it or get confused. You can do both, as I believe there’s a lot of hidden mystery in this movie. The movie starts with showing a glimpse of human evolution, and then moves to spaceflight. The computer HAL (which by the way, spells IBM if you move to the next letter) is a calm, yet deadly and spooky AI. Although the special effects are somewhat crude compared to 2020, it’s done well. I like the old nostalgic feeling it gives to the movie. This movie changed the SF landscape and is a must see. I’ve read Arthur C Clarke’s 3001: The Final Odyssey (loved it), and hear a series is being created. 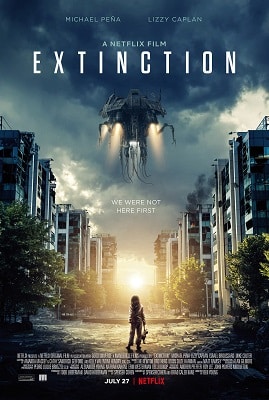 Extinction (2018) is a recent and relatively unknown hidden treasure from Netflix. Michael Pena stars in this one and he’s cast as a father who has nightmares of aliens and visons of losing his family. The world just doesn’t seem right. It’s something I think we can all relate to in today’s perplexing world. His visions become real when an alien attack arrives—but all is not what it seems. This movie doesn’t have the explosive bang of a big budget film like Prometheus, but this one has a kind of subliminal thoughtfulness to it with some great nerve wrecking action. The ending blew me away and the movie as a whole was an unexpected treasure—kind of like when you find a great bottle of wine for under $15 dollars. I’m definitely going to watch this one again. 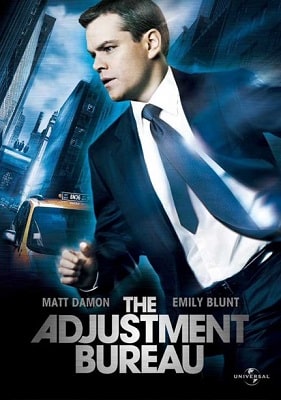 It’s hard not to include one of the Philip K Dick stories in SF conspiracy thrillers, and I know there’s a lot to choose from, but I picked The Adjustment Bureau. I admit, I’m not big on the SF love stories but I recently watched this paranoid thriller. It has SF, thrills, conspiracy, excitement and a truly engaging romance. The plot revolves around whether we really do choose our fate.  What would you be willing to sacrifice to get the girl (or man) of your dreams? Would you give up on being president of the US? Or becoming the world’s best ballet dancer? You get a full dose of the mind of Philip K. Dick in this movie. With the riveting plot, and great acting from Matt Daman and the irresistible Emily Blunt the movie is a heartwarming roller coaster ride with plenty of thrills. Watch this one with your partner. 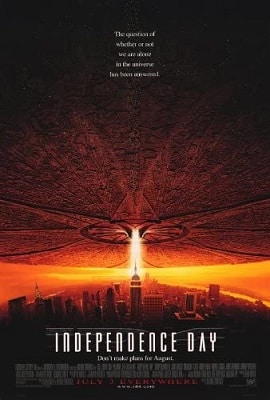 There’s nothing like watching the infamous blue ray alien beam destruction scene blowing up cities in a fury of screams with glass breaking and buildings crashing—especially in a Dolby Digital Surround Sound movie theater in 1996. When I first experienced that event and subsequent alien fight scenes, any small plot holes vaporized like the buildings in the movie. I never forgot that first time.

Although the plot is simple: aliens attack earth, the movie is thrilling, filled with excitement and puts out a big bang for Area 51 alien conspiracy buffs. Lots of alien fights scenes with Will Smith and Jeff Goldblum saving the day. Loved the movie when it first came out and watched it multiple times on nights where I want something simple, yet exciting. 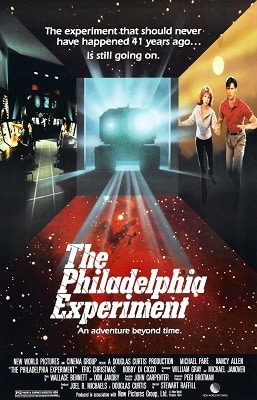 Many people swear this movie is based on an old Navy experiment that went wrong years back in 1943 involving the USS Eldridge. The story revolves around a United States Navy destroyer that tests an ‘invisibility’ cloak that goes wrong. People are found stuck in the metal of the ship with a time machine propelling two sailors into the future. Lots of thrills, action and drama. Tons of mystery and suspense too. This movie inspired me to pick up some conspiracy documentary videos about what people say really happened to the USS Eldridge. Some of the stories made sense, and some seemed off the wall. It’s funny, I can’t find those videos online anymore. The Philadelphia Experiment is worth watching for SF conspiracy thriller buffs. If anyone can find out the truth of the USS Eldridge, remember, ‘loose lips sink ships.’ 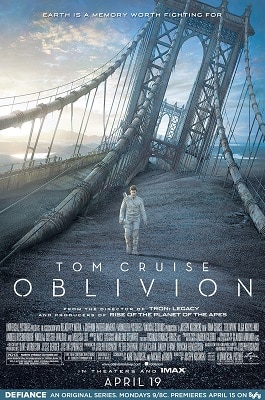 Oblivion, starring Tom Cruise, is a big budget SF thriller. Again the world is not what one thinks. It’s 2077 and the Earth is mostly destroyed from an alien war 60 years ago. This is another movie where dreams bubble up an old life. Harper (Tom Cruise) has visions of a woman and then finds her in a crashed spacecraft. This creates a big problem for his partner and lover, Vica. Sometimes the truth will set you free, but first it will really piss you off.

The movie has tons of action, adventure, conspiracy and intrigue all wrapped up with great acting from Tom Cruise, Morgan Freeman and Andrea Riseborough. The war that never ends rhymes with the world today and should made people think. The ending is another enjoyable mind bender.

Tony Teora is an Electrical Engineer who’s consulted to the US military, taught college classes on military ships, and run various companies in the US and Japan. He now writes full time out of Sapporo, Japan. He’s the author of the newly released SF conspiracy action adventure story, The Rise of Aeon Nous:  The Utopian Conspiracy.  He’s currently working on sequels to his Extraterrestrial Empire and Utopian Conspiracy series. 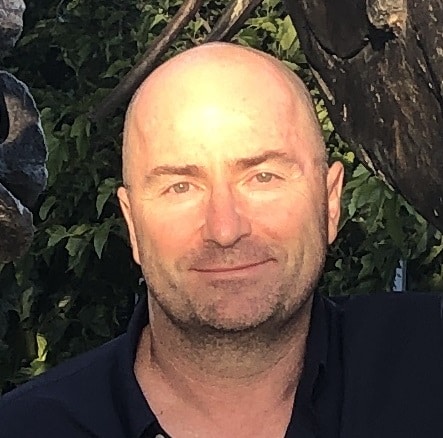