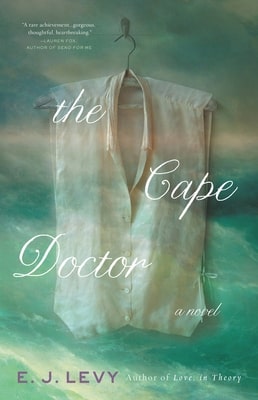 The Cape Doctor recreates a most remarkable journey, inspired by the life of Dr. James Miranda Barry, a trailblazer of remarkable convictions. Dr. Miranda studied medicine at the University of Edinburgh, which was possible only through disguise as a male.

Early 1800s: Margaret, with her mother, leaves Ireland for London, where her mother’s brother lives. The brother’s friend takes Margaret under his wing and gives her education. His library is possibly the best in London; and it’s here where she finds a book about the Practice of Midwifery. The brother’s friend recognizes Margaret’s gift for learning and suggests Margaret disguise herself as a boy in order to study medicine. Thus, Margaret becomes Jonathan Mirandus Perry.

In Edinburgh, under the cover-up, she lacks any sense of belonging. She also recognizes that she would never be safe to linger in any single place, thus she chooses to be a military surgeon.

As a military surgeon, her post takes her to Cape Town in South Africa—a place that feels like home, something she’s been longing for. Then, a rumor arises and could ruin lives of two prominent people or even worse: send them to the gallows.

The exquisitely layered character of Margaret delves into the sense of belonging, finding one’s place, and taking chances in life. Margaret has a great appreciation for the opportunity presented to her despite the notion of what is out of reach for her, and is simply granted to others. Her disguise is not easy, it makes her feel timid and awkward, but the desire to become a brilliant physician gives her courage. With her degree, she continues a constant fight to maintain privacy and to prove her worth, but she knows that she can make a difference. She uses her influential alliances skillfully, not only to better her life, but also to be the voice of the voiceless.

The story takes readers from the cobbled streets of Edinburgh where the great minds walked the same streets before Margaret did, to the lush flora and fauna of South Africa, where Margaret explores the mystery of nature by collecting plants and studying their possible medicinal uses. Further, there’s a vivid portrayal of politics and English influence—or rather their habit of turning every place they colonize into England.

This beautifully woven story brings deeply touching storytelling of how empowering guidance at an early age is. Margaret’s uncle paints with brushstrokes, and his friend paints the most profound picture with his guidance, the most important portrait of a lifetime one can ever receive. This vividly imagined story sheds light on an extraordinary figure, who is smart and intelligent and who grasps challenging chances and with courage and perseveres pursues her dreams.

The Cape Doctor available at:
Amazon