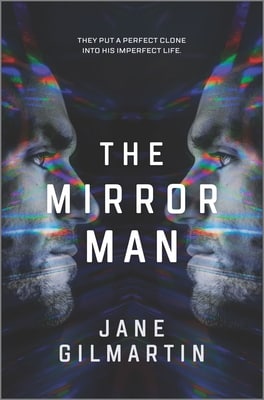 Jeremiah Adams is a marketing executive for ViMed Pharmaceuticals, which has created a controversial drug called Meld. Meld neurologically connects people’s minds, so doctors and therapists can learn the thoughts of disturbed or comatose patients, and perhaps craft treatments.

Unfortunately, Meld has also become a street drug, and has driven people to suicide. Still, Meld is very profitable, and Jeremiah’s job is to advertise the safety of the drug when it’s used properly.

Behind the scenes, ViMed is also researching another use for Meld, and has arranged to pay Jeremiah ten million dollars to be a guinea pig. ViMed plans to make a clone of Jeremiah and use Meld to input Jeremiah’s neural platform – his memories, motivations, and thoughts – into the duplicate, all of which is highly illegal.

The experiment is top secret, and no one is aware of the substitution save for Jeremiah and a small research team at ViMed. The study team includes Brent Higgins – a young researcher who will observe the clone with Jeremiah, and record Jeremiah’s thoughts about the duplicate; Dr. Natalie Young – a psychologist who will regularly use Meld to look into Jeremiah’s mind, for therapeutic and scientific purposes; and Dr. Phillip Pike and Dr. Charles Scott, who are overseeing the research.

When the experiment begins, Jeremiah is an equable participant. He has a refrigerator full of food and beer; books to read, TV to watch, and videogames to play; a treadmill to work out on; Brent to hang out with; and 10 million dollars to look forward to. On the downside, Jeremiah is locked in and not permitted to interact with the outside world.

Before long, as Jeremiah watches the clone behaving just as he would, he starts to question himself as a person. The clone is unappreciative of Jeremiah’s co-workers; the clone pushes the use of Meld, though it’s not really safe; the clone doesn’t confront Jeremiah’s wife Diana about a suspected affair; the clone doesn’t realize Jeremiah’s son Walker is using drugs (as spotted by Brent); and more. Jeremiah keeps hoping the clone will be a better person than himself, to no avail.

Over time, Jeremiah gets more and more dissatisfied as he becomes bored with being locked up; discovers healthy food has been substituted for his favorite fare; longs to see his son and dog; worries about being repeatedly treated with Meld; and so on.

About halfway through the experiment, Jeremiah’s discontent turns to dread and alarm when he accidently discovers an underlying agenda for the clone experiment. The secret plan endangers people in Jeremiah’s life, and has potential consequences for all of humanity. At this point the book becomes a thriller, as Jeremiah schemes to escape and make things right.

In addition to being an exciting suspense story, The Mirror Man raises interesting questions about how we see ourselves, and the morality of making ‘disposable people.’ The book is a fascinating look at human cloning, which may well become a reality one day.