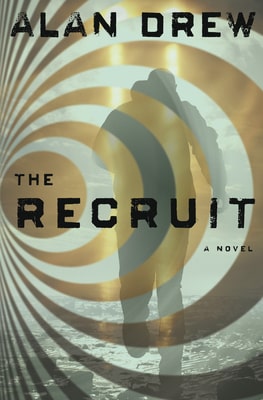 “No one is born hating another person because of the color of his skin, or his background, or his religion. People must learn to hate, and if they can learn to hate, they can be taught to love, for love comes more naturally to the human heart than its opposite.”

One of the wonderful things about being a reviewer is that sometimes you get to pick up books that are out of your wheelhouse and discover an amazing author you can’t wait to read again. Alan Drew is that author. The Recruit is told from the point of view of Detective Benjamin Wade, who has moved to a smaller town, Santa Elena, after tiring of Los Angeles gang violence. The novel’s focus is racism towards Vietnamese families who have moved to California to start over after the Vietnam war, but also discusses hate towards Hispanic immigrants, particularly from white supremacy groups. Drew uses multiple points of view, including Ben, the Vietnamese grocer who is targeted by a white supremacy group, the young teenager, Jacob, recruited into the supremacy group, and Ben’s girlfriend, Natasha, an asst. coroner.

The Recruit takes place about 12 years after the fall of Saigon, in 1987. Wade has been called to a house where a little boy has been poisoned. The investigation finds Ben in the back of Bao Phan’s Vietnamese grocery, where the dog belonging to the little boy has also been poisoned and his throat has been slit. They left the dog behind Bao’s grocery store with a warning. There is also the murder of a local real estate agent that connects to the story later on.

Ben and Natasha piece together the murder of the dog and the murder of the agent with a local white supremacy group, led by a young man who is the son of the town councilman, Ian Rowan. The recruit refers to Jacob Clay, the disturbed young teenager building bombs in his garage whom Ian recruits into white supremacy. Before long, Ben has discovered a large cult living above Big Bear, led by a reverend determined to cleanse the world and create an Aryan race.

I did not expect to love this book as much as I did. It speaks to the anti-racist movement happening in our current time and feels timely to read right now. Some felt the book moralized too intently, but I didn’t feel that at all. The story is entertaining; the characters are well-developed and layered and the suspense really keeps the reader engaged. I hope Drew has another book with Ben Wade. I enjoyed his character and sometimes morally gray actions. Wait for the ending. Spectacular!

The Recruit is available at:
Amazon