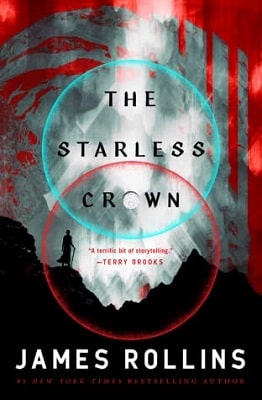 With The Starless Crown, James Rollins embarks on an epic fantasy that brings excitement, danger, and suspense to an adventurous journey that includes some unusual allies and some common enemies. With this first book in the Moon Fall series, he introduces the four main characters and does a fantastic job of building a world that is unique.

Nyx is a gifted seventh year student at the Cloistery of Brayk. She is also nearly blind and having dreams and nightmares. Rhaif is a thief who was betrayed by his guild. He is now a prisoner assigned to work in a chalk mine. Prince Kanthe ry Massif is the second born twin of King Toranth. Graylin sy Moor, a former knight and friend of the king, has been exiled for 10 years. How do these diverse characters on the run meet? Will they learn to trust each other as they face both old and new enemies and uncover ancient secrets?

The main characters have depth and are brought to life in this novel. They have weaknesses that challenge them, but also strengths emerge when least expected. Each one experiences growth over the course of the story. One of the many things that stands out for me is that the secondary and tertiary characters are also very well-developed. The point of view changes between the four main characters. While their stories and actions start out separately, the author gradually brings them together. This takes a skillful writer to pull it off and keep readers interested. Rollins succeeds.

There’s a lot of time spent introducing the characters and their back stories as well as world-building, but that’s not unusual in the first book in a series of this magnitude. As readers get acquainted with the characters, both good and bad, it becomes clear that there is even more going on than the journey. Evil, greed, the desire for power, and treachery are abundant. Will those that want to save the world survive and finish their quest? The world-building is remarkable. From the creatures that inhabit the Crown to the magic systems and the land itself, Rollins introduces readers to a fantastic new world. As in his thrillers, he includes science, historical secrets, and suspense. Themes include bullying, murder, torture, jealousy, betrayal, suicide, actions people will take in search of knowledge and power, grief, hope, sacrifice, and much more.

Overall, this book was an action-filled fantasy quest that is gripping and thought-provoking. The high stakes and smooth writing made it a page turner. While it’s the eighteenth novel I have read by this author, it is the only fantasy novel I have read by him. I am looking forward to reading the rest of the series. If you enjoy epic fantasies with great world-building, an unusual magic system, and a diverse set of characters, then you may enjoy this novel as much as I did.

Macmillan-Tor/Forge – Tor Books and the author provided a complimentary digital ARC of this novel via NetGalley. This is my honest review. Opinions are mine alone and are not biased in any way. Publication date is currently set for January 4, 2022. 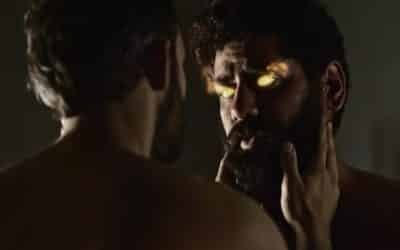