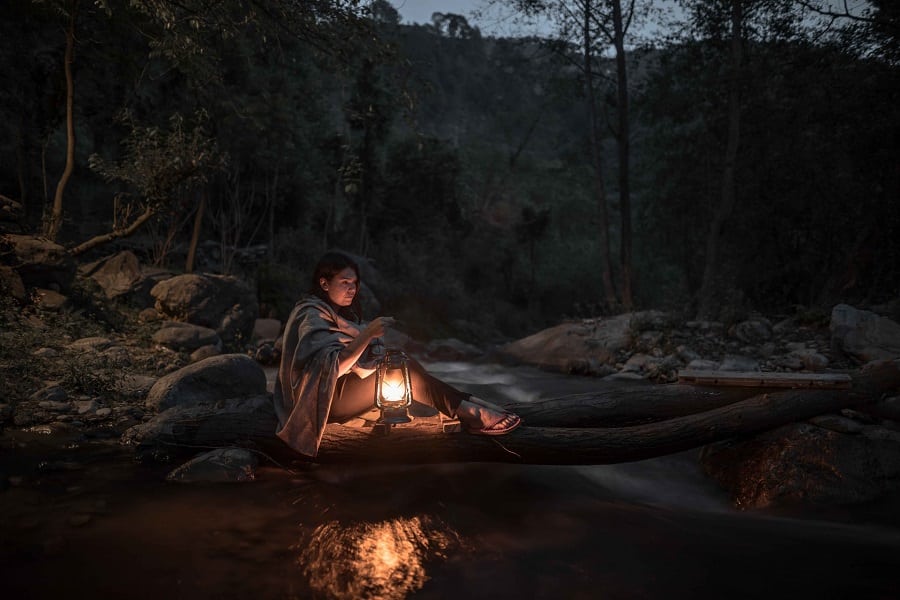 Sometime around my twelfth year I arose one early June dawn and, as I often did during the summer, pulled on cutoffs, a t-shirt, and a pair of canvas tennis shoes. The shirt was dingy and the tennis shoes – most likely Keds – were stained brown from indelible creek mud, which was impervious to bleach.

I walked past the dead end of our street, heading for the Indian. There was a long, wide section of water in Indian Creek that if you waded quietly would sometimes reveal things. On this morning I noticed the bushy, dew-laden tendrils of bluestem grass brilliant in the morning light. The rich verdure of the sparkling riverbank thrilled me. It wasn’t the only time I’ve felt the transcendent sense of the divine in nature. I was raised Presbyterian, attended church every Sunday, was bound to learn my catechism and pass confirmation. But time and again wilderness has given me a greater sense of something holy, spiritual, and magical than my Presbyterian training ever did.

In Peter Heller’s The River (a riveting wilderness mystery), one of the main characters, on a remote paddle through the wild north, experiences a similar spiritual moment fishing: “His fly hit the water and was met with a small splash and tug. A hard tug, and Wynn’s spirit leapt and the rod tip doubled and quivered and he felt the trembling through his hand and arm and, it seemed, straight to his heart, where it surged a strong dose of joy into his bloodstream.” Wynn’s “dose of joy” is why most of us appreciate wilderness, and is at least part of why we love books set in wild places.

In Nevada Barr’s Track of the Cat, the first of more than 19 Anna Pigeon wilderness mysteries, Anna is a park ranger in the Guadalupe Mountains. She is making one of her remote circuits when she finds Sheila Drury, a missing fellow ranger, being fed upon by vultures. At first, it is unclear how she died. But after parting the hair on the dead ranger’s neck, she believes she finds the reason. “Claw marks cut up from Drury’s clavicle to her chin. Puncture wounds – claws or teeth – made neat dark holes above the collarbone. Anna did not doubt that Sheila’s neck had been snapped as well. It was the way the big cats made their kills.”

Anna knows cougar predations of people are extremely rare. It is one of the first anomalies about Sheila Drury’s death – like controversial aspects of Sheila’s life – that doesn’t add up.

In Delia Owens’ Where the Crawdad’s Sing, the main character’s mother tells her she can find sanctuary in the place where crayfish make their auditory presence known. The book is filled with elegiac moments in nature. We feel the “sun, warm as a blanket,” and observe egrets taking flight like “a line of white flags against the mounting gray clouds.” I have always loved the sound of cicadas in late summer. And in Crawdads we hear them “squeal against a mean sun.”

Crawdads opens with a corpse. And the way the person has perished is … well … mysterious.

Wilderness mysteries can be compelling and riveting for a variety of reasons. Many of us love the way wild places can heighten our senses, accentuate being, and provide us with a sense of spiritual belonging. But the woods can also be dark and forbidding places, where the normal rules of civilized humans no longer hold sway, and where people die, often under frightening and mysterious circumstances.

What Makes a Wilderness Mystery?

Deciding what constitutes a wilderness mystery can be difficult. For every rule there seems to be an exception. For example, wilderness mysteries should be set in wild places. If that’s the case, does Tanya French’s In the Woods qualify? The crimes chronicled in the book occur in a forest, but most of the novel takes place in and around a small town.

Is Where the Crawdads Sing a wilderness mystery? Technically, the book opens with a corpse/murder in wild country, and the setting for most of the book takes place in the wild coastal marsh country of North Carolina. That said, Crawdads is one of those books that defy simple categorization. Yes, it’s a wilderness mystery, but it is also so much more.

Regardless, for a wilderness mystery to be a mystery there must be a crime. The classic crime is a murder, but it can also involve other nefarious activities. For example, we aren’t far into the Adventures of Huckleberry Finn before Huck is kidnapped and held hostage by his father. Huck escapes into the wilds of the 19th century Mississippi River, where more crimes occur. Again, one could argue Huckleberry Finn is a wilderness mystery, but it is also, obviously, so much more.

Award-winning author Cary J. Griffith grew up among the woods, fields, and emerald waters of eastern Iowa. His childhood fostered a lifelong love of wild places.

Griffith’s books explore the natural world. In nonfiction, he covers the borderlands between civilization and wild places. In fiction, he focuses on the ways some people use flora and fauna to commit crimes, while others with more reverence and understanding of the natural world leverage their knowledge to bring criminals to justice. 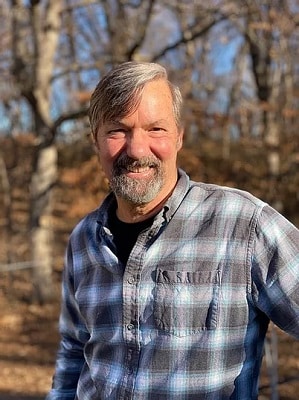