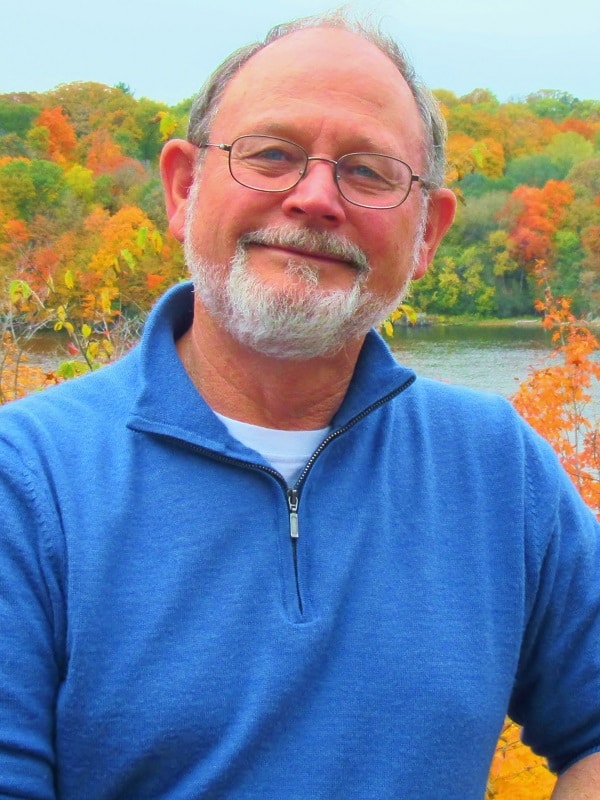 Krueger writes a mystery series set in the north woods of Minnesota. His protagonist is Cork O’Connor, the former sheriff of Tamarack County and a man of mixed heritage—part Irish and part Ojibwe. His work has received a number of awards, including the Minnesota Book Award, the Loft-McKnight Fiction Award, the Anthony Award, the Barry Award, the Dilys Award, and the Friends of American Writers Prize. His last five novels were all New York Times bestsellers.

Q. Lightning Strike, the prequel to the Cork O’Connor series, hits the shelves August 24, to rave reviews. What inspired you to write a prequel to your successful series?

WKK: With eighteen novels in the series, I’m always looking for ways to offer readers something a little different, to add spice to the stories. In the past, I’ve toyed with various narrative elements: point of view, structure, setting. I’ve added new characters and taken others away. But I’ve always stayed within a contemporary time framework. Occasionally, I’ve made references to Cork O’Connor’s past, his father and mother and grandmother, people important in shaping him to be the man at the heart of the series. At the urging of my agent, I finally decided to explore more fully these people so important in his early life.

Lightning Strike has allowed me to create what is essentially a coming-of-age mystery. Cork is twelve years old. It is the year before his father is killed in the line of duty. I’ve been able to go more deeply into the nature of Cork’s family, their strengths, their conflicts, the differences in their cultural backgrounds and how that affects the dynamics within the family and with the larger community of Tamarack County, both white and Ojibwe.

For readers a little daunted by starting with the first book in a series that currently chronicles fifteen years in the lives of its characters, this is an excellent stand-alone introduction to the world of Cork O’Connor.

Q. How much do your Cork O’Connor stories stand on their own? How much are they part of a cohesive whole?

WKK: If you write a long-running series, you’ve got to be thinking about readers who might stumble onto your work in the eight or tenth or fourteenth novel, so each book needs to stand on its own. That said, it’s almost impossible not make references to the past. It’s like walking a tightrope, trying not to fall too much to one side or the other in terms of historical information. What you hope as an author is that if a reader’s introduction to the series is a later book, they will enjoy it so much that they’ll want to go back to the beginning and read the stories in chronological order.

If a reader does begin with Iron Lake, the first in the series, and reads the novels in chronological order, it’s a richer experience. The stories chronical fifteen years in the lives of the characters. When I began writing the series, I saw Cork as a man of forty or so. As I write him now, he’s in his mid-fifties. Across the course of the series, his children have grown up. Relationships have changed. Important characters have come or gone. The first seventeen books can easily be seen as the saga of the O’Connor clan.

Q. Your writing has a famously strong sense of place. Have you ever been on a writing pilgrimage? Where to, and what came out of it?

WKK: I’m not sure what you mean by “a writing pilgrimage.” I certainly spend a good deal of time in the great Northwoods of Minnesota. Whenever I know the season in which a story will be set, I make sure I’m up north in that season, so that I understand what the colors and smells and skies are like, what people are talking about, what they’re wearing. I’ve spent time in every setting I’ve used in my stories, from the North Shore to the Northwest Angle, soaking up details so that I can ground the story believably in place. For my stand-alones—Lightning Strike and This Tender Land—I inhabited the Minnesota River Valley for weeks to anchor all my senses in the agrarian beauty of southern Minnesota. I love the geographical research necessary for my novels. And I always come away with a greater appreciation of this state I call home.

If you intended pilgrimage to mean a journey of self-discovery as a writer, well, this has been a lifelong endeavor, and I can tell you that where I am now in the journey is a pretty satisfying place. But because there’s still more road ahead, who knows what insights I might have by journey’s end?

Q. Your blockbuster hits, Ordinary Grace and This Tender Land, sent you into a new orbit among contemporary fiction writers. What lessons have come out of that success for you? Are you the same writer you were a decade ago?

WKK: Ordinary Grace and This Tender Land have not only broadened my readership but have also opened new doors for me as a storyteller. I still love writing the mysteries in my Cork O’Connor series, but there are so many other tales I want to tell, and I have the freedom now to tell them. My publisher wasn’t thrilled when I first proposed the project that became Ordinary Grace. They offered me no contract. But as I tell audiences, it was a story that spoke to me in such a compelling way that I knew I had to write it. So, without any contractual obligation, across the next three years, I composed the manuscript. My editor at Atria, when she read the piece, loved it, they published it, and that novel broke me out to a much larger readership. What I learned from this experience is really something I always knew, and when I’m asked to speak to other writers, it’s what I preach. Simply this: There’s only one reason to write, and that’s because you love it, because it is your passion. And when deciding what to the write, the only voice you should be listening to is the voice that speaks to you from your heart.

Q. When you’re not reading or writing, what do you enjoy?

WKK: I bike and hike and play tennis and walk with my wife and hang out with my children and grandson and work in my garden and read.

WKK: I’ve just finished the manuscript for #19 in my Cork O’Connor series, a novel called Jawbone Creek, which should be out in August of 2022. I’ve begun work on my next stand-alone novel, still untitled. It will be a companion novel to both Ordinary Grace and This Tender Land in that it will be set in the Minnesota River Valley, will take place in an earlier time, and will, I’m sure, deal with many of the same themes that I wove into the fabric of the other two novels. A publication date hasn’t yet been set. 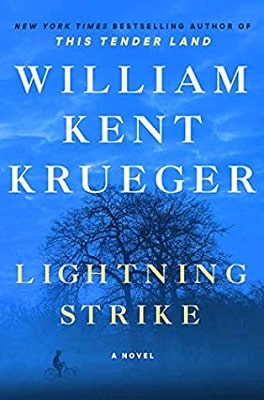 Aurora is a small town nestled in the ancient forest alongside the shores of Minnesota’s Iron Lake. In the summer of 1963, it is the whole world to twelve-year-old Cork O’Connor, its rhythms as familiar as his own heartbeat. But when Cork stumbles upon the body of a man he revered hanging from a tree in an abandoned logging camp, it is the first in a series of events that will cause him to question everything he took for granted about his hometown, his family, and himself.

Cork’s father, Liam O’Connor, is Aurora’s sheriff and it is his job to confirm that the man’s death was the result of suicide, as all the evidence suggests. In the shadow of his father’s official investigation, Cork begins to look for answers on his own. Together, father and son face the ultimate test of choosing between what their heads tell them is true and what their hearts know is right.