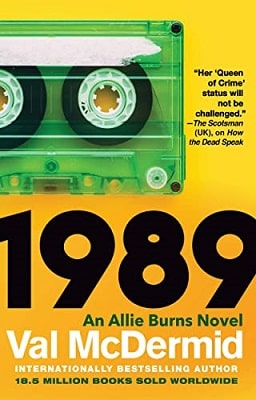 “The prize reaffirms our conviction that with truth, courage and determination as our weapons, Tibet will be liberated. Our struggle must remain nonviolent and free of hatred.”

There are some incredible things that happened in 1989; the first Simpsons episode aired, Seinfeld, the creation of the world wide web thank you to Tim Berners-Lee (not Al Gore!), the Berlin wall came down, they awarded The Dalai Lama the Nobel Peace prize and I graduated high school. It was so exciting to read a historical thriller that I actually lived through! McDermid creates a vivid sense of memory through events, music, and technological references (a cell phone the size of a suitcase!).

Starting this fast-paced book in Scotland’s outer Hebrides, we learn that poison has been placed in the vitamin capsules of one Wallace “Ace” Lockhart, a much maligned media baron. Once this happens, it is not talked about until the last few gripping chapters. This is the second novel in the journalist Alison “Allie” Burns series. I have not read the first one “1979”, but I had no trouble following along as this seems to be a completely different story. We first catch Allie covering the aftermath of the bombing of Pan Am Flight 103 over Lockerbie, and then the Hillsborough stadium disaster in Sheffield. Though trained as an investigative journalist, the newspaper she has been working for has been taken over by Ace Lockhart, and now she is expected to cover fluff pieces and nothing that requires too much thought. Allie and her partner, Rona, have moved from Glasgow to Manchester. In researching the author, Val McDermid, it seems she also worked on newspapers in Glasgow and Manchester, including as Northern Bureau Chief for a Sunday Tabloid.

One very important news story in 1989 was the HIV/Aids epidemic, which was running rampant across the gay community all over the world. In the wider world, 1989 was also a big year. Particularly in the conservative UK, the epidemic has raised eyebrows and judgemental attitudes but also increasingly pressuring health services for that community. After Allie falls on a story about AIDS in Edinburgh, she discovers there is more to the story. A drug trial that aims at stopping the effects of HIV has been stopped abruptly and moved to East Germany. She needs to head behind the Iron Curtain to write the story that she hopes will boost her out of fluff and back into investigative reporting. In order to get to East Berlin, she is persuaded into a plan to allow her source’s girlfriend to use her passport to get back into Manchester. At the same time,  Ace Lockhart’s daughter Genevieve is also in Berlin and gets into her own trouble. Allie is called upon to rescue her bringing everything to a climax.

There are so many situations going on in this book that it was sometimes difficult to concentrate on one of those plots. I found myself getting a little lost at what the protagonist was doing or even where she was. This is my first time reading Val McDermid, and I enjoyed her descriptions of Scotland, Manchester and East Berlin. She was able to fit in a lot of history in the pages of this book and I only wish she had gone into more depth on some pieces of history, rather than touching upon so many. There are powerful themes such as AIDS and what was very real bias towards homosexuals in that year and area. She addresses these in detail. McDermid is also able to weave genuine history through a fictional story and it was so interesting. 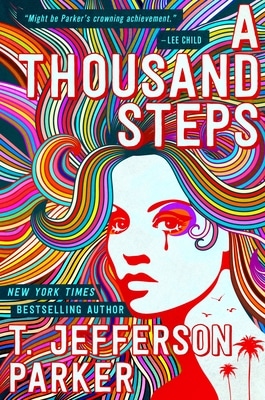