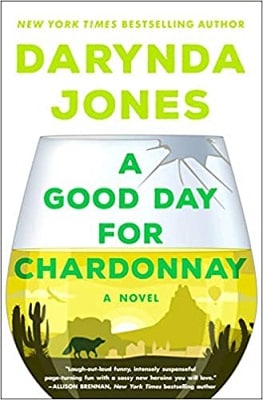 A Good Day for Chardonnay

Prepare to laugh out loud, then get caught up in the story all the while getting to know the unique people of Del Sol, New Mexico. Laughter may originate from any number of places, the body of the story, the characters themselves, or the slogans posted at the beginning of each chapter saying what we imagine real businesses might like to say. Just don’t start the book in a library where they may shush you for being too loud.

Beyond the humor sprinkled throughout the book, this is a well plotted mystery and suspense story that moves at a rapid pace. Sunshine Vicram, town sheriff, gets called to a barfight where one man is severely injured, saved only by the efforts of Levi Ravinder, the man Sunshine has been in love with since she was a child. When she arrives at the scene the perpetrators have fled, the victim is being rushed to the hospital and Levi is refusing treatment, stubborn as he always is. Sunshine tries everything, including arresting Levi in order to get him seen by a doctor but he escapes and disappears in search of the perpetrators.

Levi is a member of the Ravinder family, the most crime-oriented family in the town. Defying his family history, Levi has turned their moonshine business into a legitimate one and moved into the position of head of the family. Turning his back on illegal activity has not softened Levi in any way, he is still ready and able to dispense justice on his own, no partner required.

In addition to Sunshine and Levi there are a host of other characters, each one unique, who make up the town of Del Sol. While they are too numerous to mention individually, it can be said that each of them walk to the beat of their own slightly syncopated drum giving them their own unique rhythm. For example, there is the 83-year-old woman who insists on confessing for every crime committed in town, including the stabbing that took place at the bar; or there is the woman who likes to bake but whose gifts of muffins or other goodies always seem to be harbingers of some disaster. There are lots more for you to experience in the pages of the book.

This is the second novel in the series and while this book is easily understood and the mystery is contained within this novel, for maximum enjoyment I would recommend reading both books in order. The first book establishes many of the characters in the town and gives insight to their relationships to each other. It also provides some introduction to the secret group in town called the “Dangerous Daughters.” While their existence is merely a rumor, it is believed by many they are a group that runs the town, pursuing justice for everyone and in general keeping Del Sol a safe place to live. Now the mayor is threatening Sunshine’s job if she can’t discover the identities of the women making up the group.

As for Sunshine, her history plays an important part in both novels. When she was a teenager, she was kidnapped and held for ransom by an unknown assailant. Sunshine was rescued, but only remembers bits and pieces of her captivity and her rescue. Kubrick Ravinder’s body was found prior to this book and he is generally thought to have been the kidnapper. Sunshine has sent blood samples from the scene to try and identify Kubrick’s killer and most likely her rescuer. Sunshine fears her rescuer was Levi, and she doesn’t want to arrest him for murder, so she has been reluctant to pursue the results of the DNA tests; another issue the mayor wants resolved.

There are many more threads for Sunshine to untangle, but the book is best enjoyed if the reader experiences them as they appear. Reading A Good Day for Chardonnay is like riding a roller coaster that dips and turns when you least expect it. Just when you think you’ve survived the last downhill plunge, you turn a corner and are faced with another. You aren’t going to want to put the book down more than you have to, even though it is easy to keep up with everything that is going on throughout. In short, open A Good Day for Chardonnay and start it as soon as you can, read what you can when you can, and be prepared to read past your cut-off time more than once.

My thanks to St. Martin’s Press for providing me with an advanced copy of the book for this review. The opinions stated here are entirely my own. 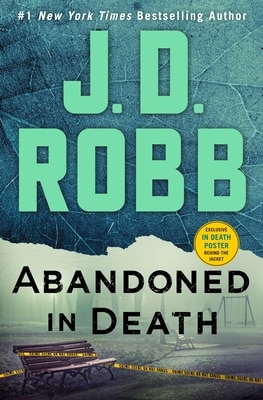