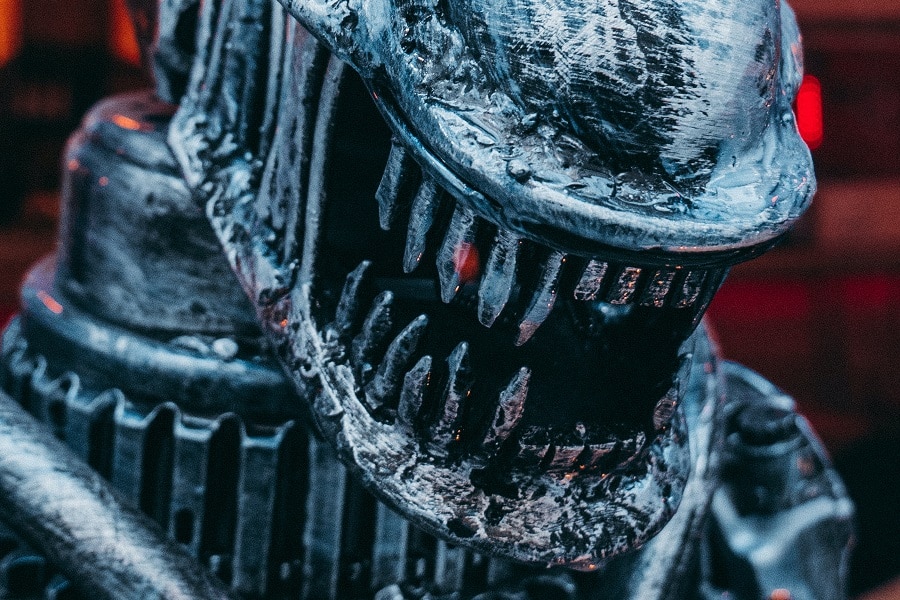 If you ask me, the presence of extraterrestrials in thrillers just makes good sense. What could be more mysterious and tension building than creatures from outer space?

Monsters with potentially mind-boggling skills that humans have never seen before and know absolutely nothing about can only add up to some very dramatic, breath-taking scenes. Extraterrestrials ooze with unpredictability whether they appear in the form of overtly chaotic overgrown insects or otherworldly eccentrics who pass for human.

As a fan of the television program Ancient Aliens, I truly want to believe. Throughout my life, some of my favorite stories and characters have been rooted in outer space—or immigrated from there. As a kid, I adored ET, perhaps the sweetest alien known to man, but as I’ve grown older, my interests tend toward a hair-raising kind of curiosity of the sort the mystery of extraterrestrials naturally provokes. Are they good or bad, wild or civil, ambitious or kind? Brilliant or monstrous, or both?

In the literary canon, aliens have been visiting planet Earth and human beings since H. G. Wells serialized The War of the Worlds in 1897. Since then, they have invaded our books and settled into our films, and along the way several tropes have materialized. Here are just a few of the recurring themes readers will find in the extraterrestrial thriller genre.

This is perhaps the most thrilling (action packed) of the thriller tropes. The extraterrestrials want to eat us or destroy us, as well as everything on Earth, with their rabid creatures and spaceship-firing laser beams like the ones in The War of the Worlds. In this classic, the Martians have no trouble dominating (and manhandling) our lowly human species. The situation grows more and more dire until something unsuspected changes the game. It always makes me feel better knowing that if the “evil aliens” ever do descend, something very simple could be the solution to conquering them.

Following in the footsteps of this classic, The Day of the Triffids by John Wyndham features flesh-eating plants called triffids. The triffids come about after a mysterious bright green meteor shower blinds the human population. Soon after, these human-killing plants rise up and begin their attack. Published in 1951, this story has stood the test of time, inspiring many films including 28 Days Later, directed by Danny Boyle in 2003.

It’s only human to fear the unknown, so the evil alien trope is one of the more popular, appearing in Childhood’s End by Arthur C. Clarke, Spin by Robert Charles Wilson, and The Course of the Empire by Eric Flint and K.D. Wentworth, to name a few.

ET is not the only kind alien by far. Plenty of them want to help Earth dwellers, and that’s why they’ve invaded our planet (or teamed up with us in outer space). In The Hitchhiker’s Guide to the Galaxy, Ford Prefect befriends Arthur Dent, and proves to be charming, funny, easygoing, and most important, a loyal friend who looks out for his buddies. In Andy Weir’s Hail Mary, protagonist Ryland Grace finds himself up against a scourge of single-celled aliens that may be doing something disastrous to our sun—as well as to other stars in the universe—and he joins forces with an unexpected ally who proves this trope is alive and well.

Aliens Live Among Us

Thanks to this motif, the idea that an eccentric neighbor is actually an alien has no doubt crossed many reader’s mind. Written by Walter Stone Tevis, The Man Who Fell to Earth comes from an ailing planet (traveling in the equivalent of a life raft) in the hope of building a spaceship that can transport his people, the Antheans, to Earth. Due to nuclear war, their planet will soon run out of water. Going by the name Thomas Jerome Newton, the alien soon discovers he’ll need money to build this spaceship. He becomes a wealthy “man” as an inventor who patents (alien) technologies. Much of the suspense comes from the need to keep his origins a secret while he carries out his mission.

A fresh take on this narrative, Resident Alien is a comic book written by Peter Hogan and Steven Parkhouse in 2012 and more recently a television series. Like The Man Who Fell, it’s about an alien living on Earth, only he crash-landed here. His name is Harry Vanderspeigle, and he’s biding his time while waiting for a way home. He plays at being human (a doctor, no less), which makes for many humorous moments and some pretty intense twists, too. While Harry can be heartwarming, he’s also unpredictable, as aliens tend to be, which keeps readers (and watchers) on their toes. There’s also an intriguing mystery involved.

Aliens Want to Take over the Earth

They know a good planet when they see one, and they want it for themselves. The Three-Body Problem by Cixin Liu features a repressed society in which protagonist Ye Wenjie, a government astrophysicist, gets into hot water when she voices concern for the environment. She ends up banished to Red Coast Base, where she must listen for signals from extraterrestrial life. One day a message arrives that tells her to stop sending signals. She doesn’t heed this advice, and as a result hostile aliens hear her message and decide to make the journey to Earth. The trip will take 450 years—ample time for Earth dwellers to plan for the invasion. Instead of banding together, though, humanity breaks into factions pitted against one another. Some want the aliens to invade as a way to unify the human race and push development further. Others want them to destroy our species altogether. In this way, this book is more about humans than the aliens who will torment them.

A YA version of this trope, The Sound of Stars by Alechia Dow presents a world in which the aggressive Ilori have parked their spaceships and forcibly taken over the planet. Many humans have died and others have been drugged into obedience. Teenager Ellie Baker, whose parents have lost their will to fight, indulges her rebelliousness by keeping a secret lending library. All forms of creative expression are illegal, and the penalty for possessing any of the sort is death. When a young Ilori commander named Morris (M0Rr1S) discovers Ellie’s lending library, he surprisingly does not bring her in. Instead, he reveals his love for music (he’s not like other Ilori, who repress their feelings) and his desire for her to obtain it for him. This is the start of a bond that thickens along with the plot.

Many aliens are mentally and physically advanced, and some can even see into the future. Before it became a film, Arrival was a short story called “Story of Your Life,” which appeared in a collection written by Ted Chiang. In this slow build of a deeply imaginative mystery/thriller, extraterrestrials called “heptapods” have landed all over the world in enormous spaceships. Dr. Louise Banks, a communications specialist, is brought in to “speak” with two of them. It’s an intense situation as no one knows why they’re here, whether or not they come in peace, and what they want from humanity. The short story leaves many questions unanswered, but the movie takes it a step further with the more satisfying conclusion that they want to help us—and the reason why.

A best-selling novel that embodies a similar theme, Carl Sagan’s Contact, involves technologically advanced aliens who reach out via radio signals. At first, recent graduate Ellie Arroway struggles to translate the message coming from the Vega system twenty-six light years away. Soon another communication arrives with plans to build a machine. Ellie and her team will have to travel via this machine to find out why the aliens are reaching out.

The Government Isn’t Telling Us Everything

This isn’t a new idea, but Douglas E. Richards’s Unidentified: A Science-Fiction Thriller freshens it up by mixing real life with fiction. The near-future setting is based on the fact that the US military recently admitted to having evidence of UFOs. They are here, flying in our airspaces and defying the laws of physics. The story follows James Ramsey, a well-known sci-fi author, who’s determined to find out what we haven’t been told. He becomes a serious UFO investigator who digs into official government reports of sightings. The story is steeped in facts, i.e., reports of real-life sightings that most of us have not heard about.

One thing I think we can deduct from all of these spine-tingling sci-fi tropes is that space is filled with aliens—at least as far as the human imagination goes—so it’s not hard to believe that one or two, or even a whole family of them, may live on your street, or man UFOs that pass through the clouds above our heads and defy the laws of physics on a daily basis. They may want to help us, or they may want to conquer us. I guess we won’t know for sure until they make themselves known.

Kim Catanzarite is an author, editor, and online instructor for Writer’s Digest University. Her award-winning first novel, They Will Be Coming for Us, is a sci-fi thriller featuring a young woman who marries into a strange and powerful family that’s obsessed with her pregnancy. The sequel in the duology, Jovian Son, publishes in March 2022. For more details, visit Kim’s website at www.AuthorKimCatanzarite.com. 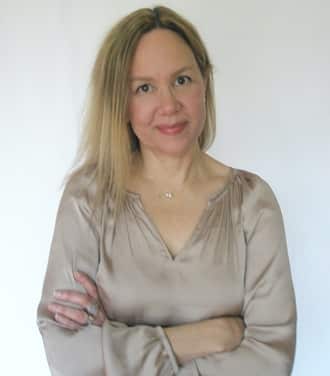