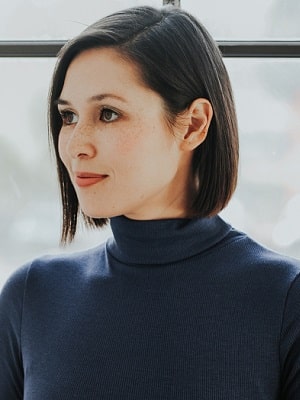 Her debut thriller THE MISSING SISTER was an Amazon Charts Best Seller, the #24 Best Selling eBook of 2020 on Amazon, a #1 Amazon Best Seller, featured in Woman’s World, and named one of PopSugar’s 31 Thrillers of 2020.

LIES WE BURY earned a Kirkus starred review, was named one of Romper’s 30 Spring Releases of 2021, a The Nerd Daily Eagerly Anticipated Thriller, and reached #1 in Serial Killer Fiction on Amazon for four straight weeks. STRANGERS WE KNOW published May 1, 2022. Publisher’s Weekly said, “Marr is a writer to watch.”

Q. What kind of research was involved in writing Strangers We Know?

Elle: The research was done over several years, before I even began writing Strangers We Know. I consumed everything I could find on the serial rapist and murderer, the Golden State Killer, whose ultimate identification as a former police officer was discovered, in part, thanks to genetics testing—an element that drives much of the plot of my novel. I tore through Michelle McNamara’s I’ll Be Gone in the Dark, a study of the Golden State Killer, as well as John E. Douglas’ non-fiction title written with Mark Olshaker, The Killer Across the Table, to get into the mindset of some of the worst murderers known to the FBI. I devoured Ann Rule’s account of her friendship with Ted Bundy, The Stranger Beside Me, as a means of better understanding how these predators could remain under the radar, even to those closest to them. Overall, my research was grounded in pre-existing personal interest and professional necessity.

Q. Strangers We Know also covers the topic of adoption and genealogy testing. Can you share a little about what drew you to these topics? What is it about serial killer stories that you think fascinates people so much?

Elle: Strangers We Know was heavily influenced by the emerging true crime revelations fueled by DNA testing—similar to the Golden State Killer’s conclusion—as well as my own personal experiences, as the child of an adoptee. I grew up in Sacramento, the stomping grounds for the GSK, and was shocked to learn later as an adult that the East Area Rapist, as he was then known, had never been caught. Years passed, then the GSK was arrested and identified in part thanks to genetic testing. When that happened, I began piecing together a story with that situation at its heart, knowing it’s an idea that many people have considered themselves: what revelation might I learn through submitting my genetics test? When I submitted my own spit sample to a genetics testing company, desiring more information about my family’s medical history, I nervously waited for the results, both curious and concerned at what they might be.

Ivy Hon, the protagonist of Strangers We Know, has that same experience, and I drew on my own thoughts for her mindset. In writing this book, I tried to capture the excitement that people feel upon mailing in their DNA and also capitalize on the fear of what might lie in store ahead. To your point, serial killer stories are an interesting subset of crime fiction; I think readers will always be fascinated by them, because we desire to understand the incomprehensible. Getting within a safe distance of a serial killer (i.e. a fictionalized version) allows us to explore what we might do when faced with such a terrifying prospect, from the safety of our homes.

Q. Are you a true crime junkie? What are some favorite documentaries or shows?

Elle: I wouldn’t say I’m a junkie, but there are events and concepts that definitely catch my eye. I’ll Be Gone in the Dark is an excellent documentary about the eponymous book, and author Michelle McNamara’s search for the Golden State Killer. Regarding podcasts, I am a longtime fan of the true crime podcast “My Favorite Murder” after discovering it during a fun, scare-filled October. More recently, as part of research for my next book, I’ve gotten into the YouTube series “That Chapter,” and a historical true crime podcast, “Tenfold More Wicked.”

Q. What type of writing schedule do you keep? (Do you give yourself a daily word count/page count, or do you sit down and plan to write for a set amount of time? What’s your process like?)

Elle: When writing a new book, I carve out time during the day wherever I can. For me, so much of putting a new idea to paper is simply spending time with the characters and mulling over a plotline—things that I can’t shortcut. With a toddler, that can be extremely difficult, so I have to remain flexible in my windows of productivity—writing thirty minutes here and there, or waiting until the kiddo goes to sleep and then really attacking the pages. My preferred writing time would be during the mornings, but often that’s only possible on the weekends. Generally speaking, I work well under deadline, and during the month of November and NaNoWriMo, you can usually find me furiously typing out 1,667 words each day.

Q. It must be hard to write such dark topics. How do you get into the mind frame, and how do you keep the dark stuff out of your daily life?

Elle: It can be hard, you’re right. I used to watch scary movies frequently, but since taking up writing thrillers, I’ve lost my love for them—I know too much! Horror films can still be a fun form of escapism for me, but I have to be in the right mind frame. Truth be told, if I’m not actively consuming dark content (either film or TV series), I’m being force-fed toddler shows by my son— they’re always a great palate cleanser.

Elle: I’m editing my fourth thriller, which is titled The Family Bones. The best way I can describe it is a locked-room mystery set in the rural backwoods of eastern Oregon, where a family retreat among psychopaths goes horribly wrong. The Family Bones is set to publish in Spring 2023 and can preordered now. Thanks for these great questions! 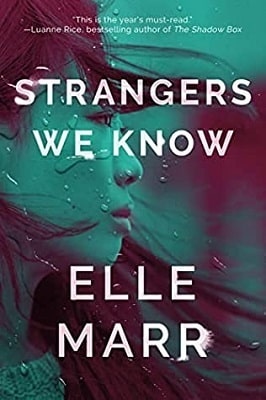 Adopted when she was only days old, Ivy Hon knows little about her lineage. But when she’s stricken with a mystery illness, the results of a genetic test to identify the cause attract the FBI. According to Ivy’s DNA, she’s related to the Full Moon Killer, who has terrorized the Pacific Northwest for decades. Ivy is the FBI’s hope to stop the enigmatic predator from killing again.

When an online search connects Ivy with her younger cousin, she heads to rural Rock Island, Washington, to meet the woman. Motivated by a secret desire to unmask a murderous relative, Ivy reaches out to what’s left of a family of strangers.

Discovering her mother’s tragic fate and her father’s disappearance is just the beginning. As Ivy ventures into a serial killer’s home territory, she realizes that she may be the next victim of poisonous blood ties.