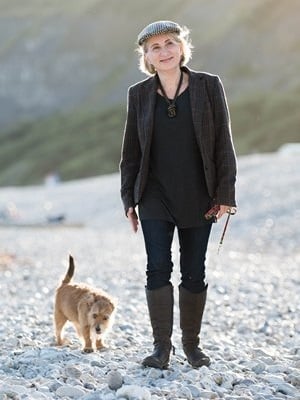 Emma grew up in Sussex; after a stint au pairing in Paris and a couple of half-hearted attempts to backpack across Europe, she studied English at Oxford University then trained in journalism. During her career as a journalist, she wrote many articles for national newspapers, including regular pieces for the Times Travel section.

Following publication of her picture book, Rainy Day, Emma wrote three YA novels. Her first, Now You See Me, was an Amazon bestseller and nominated for the Carnegie and Amazing Book Awards. Better Left Buried, her second, was one of the best YA reads for 2015 in the Sunday Express. Her third YA novel, Cruel Heart Broken, was picked by The Bookseller as a top YA read for July 2016.

Q. How did you get the idea for The Dark?

Emma: I was sitting alone, my own big night in, and started watching this TV show. We have these Horizon documentaries and there was an episode on the new ice station in Antarctica. It looks like a giant red and blue caterpillar on the ice, futuristic. During the episode it showed that in the winter there is a skeleton crew, about twelve. My writer brain took off from there.

Emma: It is dark for about five months with no light at all 24/7. Anyone up there would be completely cut off. My brain thought, what could possibly go wrong? It would be impossible to get to the depths there. Planes would freeze if they tried to fly during the middle of winter. In summer it is cold but there is 24-hour daylight. In winter it is very, very cold, and dark. Water and electricity are limited, and there are small living quarters. It could be minus 40 degrees outside. Food and water are rationed. It is a very remote place.

Q. Did you ever go there?

Emma: No, but there was a wealth of research. It is very prestigious to get a post on the ice station so many blog about it at length. It was a gold mine for me as a writer. There are also people on-line answering questions. I had an abundance of first-person experiences to draw upon.

Q. How would you describe Dr. Kate North?

Emma: Her emotions match the setting, harsh, bleak, and empty. She realizes it’s the humans versus the environment as well as humans versus humans. Kate recognizes it is easier to get someone back from the space station than from Antarctica during the middle of winter. She is claustrophobic. Because of her experience she is traumatized and upset. She finds it hard to connect with people. As the story progresses, she becomes brave; yet she is still very much vulnerable.

Q. What was the role of the auto accident?

Emma: It caused a huge change in her life. She became guilty and had self-doubt. Kate saw the ice station as an escape. The scar on her face also made her self-conscious and defiant. It is an external mark of her internal struggles. She knows body language gives away what people are thinking.

Emma: It is another locked in mystery. This time it is set in the desert of Mexico with another woman first person narrative. The main character wakes up and tries to understand why she is in this “sanctuary” place. It is due out August 2022.

The Dark by Emma Haughton uses the setting as a main character. This locked door mystery is a story about survival, drug abuse, hope, and the elements of Antarctica affecting how someone reacts to the environment as they betray and deceive others.

Dr. Kate North accepts the replacement position for the previous doctor, Jean-Luc, who died tragically at the UN Antarctic Ice Station (UNA). Kate has gone there to escape her own hardships and to find a fresh start. But after a few days she realizes that each of the twelve-person team has their own secrets. She begins to ask questions and finds the responses odd. After a body is found outside, she faces off with Sandrine, the person in charge. Sandrine thinks the cause of death is suicide, but Kate suspects murder. After she decides to investigate, Kate puts herself in jeopardy with everything becoming more dangerous.

The setting plays such an important role in the story. The author does a great job in describing how Kate experienced the silence, cold, and altitude when she first arrived. Readers feel as if they have taken the journey with her in the icy terrain with complete darkness, frigid temperatures, and the dangerous conditions. Kate begins to feel claustrophobic, as she realizes how she and the others are completely cut off from the rest of the world for months.

This thriller is compelling and will get readers hearts pounding. Tension is ratcheted up with the isolated setting. Members of the ice station must rely on each other, without any other contacts. Readers can relate given the fact that they also experienced lockdowns during the pandemic. What they might not have experienced is how Kate and the others are in danger. 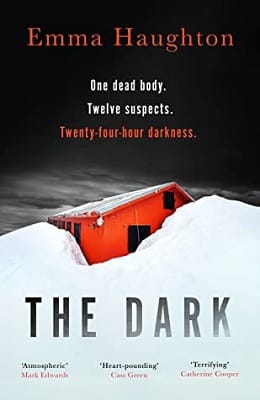 A&E doctor Kate North has been knocked out of her orbit by a personal tragedy. So when she’s offered the chance to be an emergency replacement at the UN research station in Antarctica, she jumps at the chance. The previous doctor, Jean-Luc, died in a tragic accident while out on the ice.

The move seems an ideal solution for Kate: no one knows about her past; no one is checking up on her. But as total darkness descends for the winter, she begins to suspect that Jean-Luc’s death wasn’t accidental at all. And the more questions she asks, the more dangerous it becomes for them all.