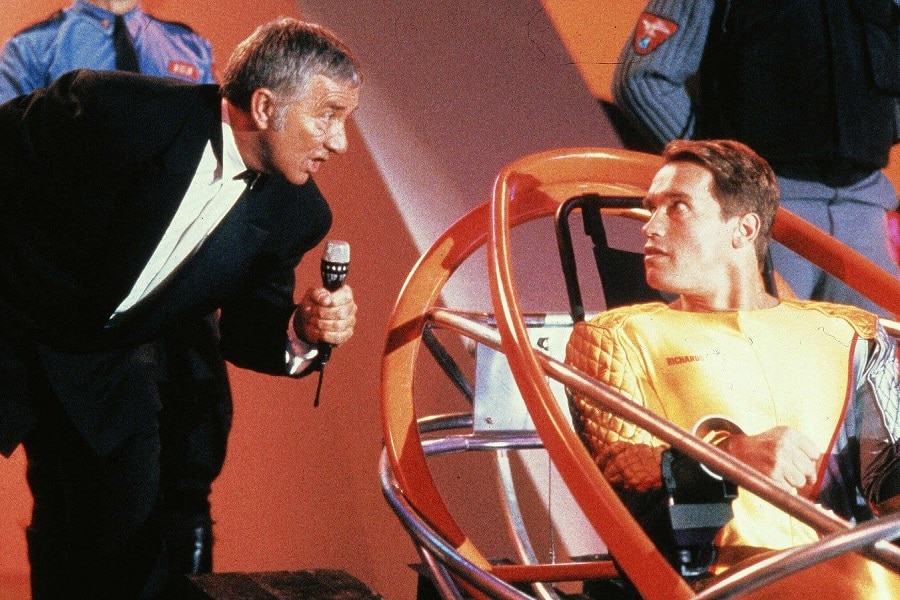 The first book I came across where a game was the main story element was The Running Man by Richard Bachman (aka Stephen King). Readers follow Ben Richards in the now not-so-distant future of 2025, living in a dystopian world where wealth doesn’t come easy, and Ben’s family struggles to stay afloat.

Ben turns to the popular Games Network and competes in a grueling match of cat and mouse. He gets a head start before the enemy—known as The Hunters—will track him down and kill him. For every hour he survives he receives a cash payment. If he survives one month, he gets the grand prize of $1 billion.

The Running Man explores how a government-sanctioned totalitarian world would look, turning life and death into a game. When sitting down with a horror book, a reader wants to be drawn into the story and feel what the character is feeling to empathize with the character. When the lines of fiction and reality cross (or are in proximity) it can make for a terrifying experience for the reader.

Games are often viewed as a child’s activity. They are viewed as a great pastime. You don’t often see middle aged people clogging up the road with a game of kickball and having to move each time a car passes through. Children are often the purveyors of games, but when adults want to feel young again, they participate to add a bit of fun to their stressful lives.

But what makes a game go from fun to horrifying?

When kids play games, their highest stakes are bragging rights to carry around the neighborhood or school grounds. When adults play games, there is almost always money involved. And for some it can be an addicting experience. Money makes our individual worlds go round, and we are always in search of more.

But money isn’t the greatest of stakes.

The highest stakes are the ones we don’t expect. Stakes that most often pop up in fiction are the stakes of life. Fail at the task given and lose your life or the life of the person you love the most.

Possibly the most famous of those stakes come from the Saw movie franchise. The victims are captured and thrown into an evil trap where they must escape, typically by harming themselves to retrieve the escape tool.

Movies aren’t the only entertainment medium to use games. Books often use games to place their characters into vulnerable situations. And it’s no surprise authors take inspiration from Saw like Iain Rob Wright’s The Housemates, which is best described as Saw meets Big Brother.

The previously mentioned The Running Man by Richard Bachman was a story of a government-controlled game. Another by Bachman (aka Stephen King) in that same vein is The Long Walk. The Long Walk follows young boys who compete in a police-state competition where they must keep a walking pace of 4 miles per hour and if they fall below, they are given a warning. After three warnings, they are killed by a group of soldiers watching their every move on a half-track.

As mentioned before, the stakes are of great importance. In The Long Walk the punishment  for the boys walking too slowly or stopping is death. On the opposite side of that spectrum is reward. The winning contestant receives anything they can conjure up inside their adolescent mind.

Speaking of rewards, Ready Player One by Ernest Cline follows Wade Watts as he escapes the real world and into OASIS, a virtual reality world one can explore, compete in competitions for coins, and hang out with friends. When the creator of OASIS announces there is a reward worth real-world money hidden inside the virtual world, Wade fights and claws his way through evil men and mind-bending tasks to retrieve the 240-billion-dollar reward which would help improve his poverty-stricken reality.

Ready Player One explores the line between reality and virtual reality when real people playing the game find his location and begin their tortuous destruction to beat the brilliant high school kid to the cash reward.

Although an incentive is nice when accomplished, it can also be a reminder of all that was lost on the journey to that reward.

The next time you sit down to play a game, think of the stakes before the reward. What needs to be destroyed to receive that golden ticket at the end of the road? It can be that line drawn in the sand splitting fantasy and reality.

And when experiencing a story on the page or on the screen where a game element is introduced, it can trigger a feeling of nostalgia. A comfort somewhere deep down that you’ve been there before. Of course, until somebody gets their head chopped off.

I would just remember that one day you could be wandering down the street and walk right into a diabolical adventure.

A child’s activity turned into a fight for your life.

So, what do you say? Wanna play?

Joe Baldwin was born and raised in the idyllic state of Connecticut where he received his degree in Criminal Justice. When he is not nose-down in a book you can find him on a long walk beside the roar of traffic or attempting to befriend his pug-tailed tabby cat named Piranha. The Game and other stories is his first collection of short stories. 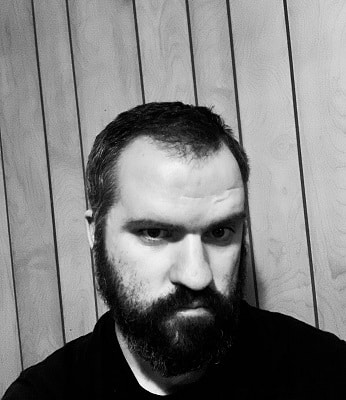