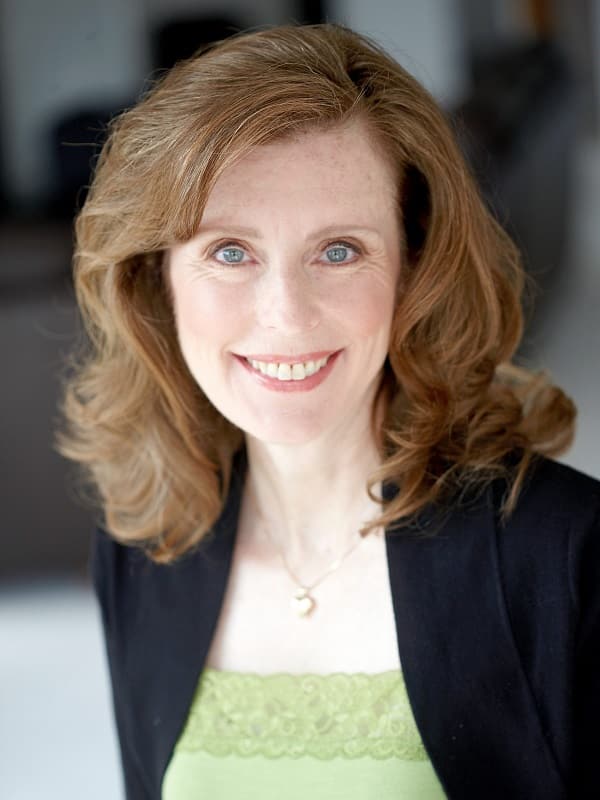 Irene Hannon, who writes both contemporary romance and romantic suspense, is the author of more than 50 novels. Her books have been honored with three coveted RITA awards from Romance Writers of America (the “Oscar” of romance fiction) and she is a member of that organization’s elite Hall of Fame. She has also received a Career Achievement award from RT Book Reviews for her entire body of work. Other awards for individual books include National Readers’ Choice, HOLT Medallion, Daphne du Maurier, Retailers Choice, Booksellers’ Best, and Reviewers’ Choice from RT Book Reviews. She is also a two-time Christy award finalist.

Q. Where do you get your ideas?

Irene: A little seed gets planted and grows from there. One idea leads to another, a strand of threads. I decided to put Cate in a position where she is not entirely comfortable. She is in a situation she does not have much experience with, and it is something she does not want to do. I added a reunion because the man she used to love was also in the same setting, investigating a parallel crime.

Q. You said you are an “Alfred Hitchcock type of writer.” What does that mean to you?

Irene: My novels have a heavy component of psychological suspense. I tend more to Hitchcock than James Bond. My books have action and danger but not the constant type as in an action-adventure story. Mine has peaks of action, but also character development where I take readers into the heads of my characters to understand the motivations and what drives them. For me, the classic film, “North by Northwest,” had these elements, a classic romantic psychological suspense with action.

Q. One of the characters that was great is Kayla, the high school student. Would she get her own story?

Irene: You are the first person that asked me about her. I agree she is a very memorable character. I don’t think I ever took a secondary character and gave them their own story. Right now, I do not have any interest in writing a feature book on her. But I did enjoy getting into her head and writing from her perspective. I do give readers a clue at the end of the book about where she is headed. This series has three sisters, each with their own story. Since the linking element were the sisters, it does not make sense to give Kayla a story. But she could appear in another series.

Q. How would you describe Kayla?

Irene: She is a black student on a scholarship. She comes from a secure family and wants to be given every opportunity to succeed. She has great drive, determination, and solid moral values. Very well grounded. In a sense as Cate’s roommate she sees Cate as a mentor.

Q. How would you describe Cate?

Irene: She is the mother figure to her two sisters because her mother died when they were young. She is very much in control, responsible, a take charge kind of person, serious, and dedicated. She searches for justice and likes challenges. She can be cautious, strong, independent, and has a lot of integrity.

Q. How did Cate react to being an undercover high school student?

Irene: It was challenging for her. She had to do a lot of research on how someone that age would act and what their interests would be. She had to do a good acting job. She played a troubled teen, vulnerable, and tried to be understanding, especially to Kayla.

Q. How would you describe DEA Agent Zeke?

Irene: Troubled from what happened in his past. He feels guilty. He is responsible, loyal, brave, intelligent, caring, and observant. To overcome his demons, he has devoted his life to his job.

Q. What was the relationship between Zeke and Cate?

Irene: In the beginning it was very tense because eight years ago he chose his job over her. Cate was badly hurt and now is not receptive to getting back together. She has lost faith and trust in Zeke. He must convince her to trust him again. The relationship goes from being hurt, unreceptive to a gradual realization she has feelings for him. Cate has built walls. He needs to show her he has changed and fixed his past mistake. The romance is slow in rekindling.

Q. You had great scenes with the sisterly camaraderie. How did those come about?

Irene: I started with the first book in the series, Point of Danger, and continued with this book. I had a lot of fun writing their interaction, and closeness. They each have different personalities, jobs, and interests; yet they are of the same mindset. They tease each other mercilessly. But when the chips are down, they are there for each other. There is a tight bond where they are best friends. I hope readers thought the light-hearted banter between them is funny as they played on each other’s strengths and weaknesses.

Q Why the cheerleader pyramid?

Irene: Cate has claustrophobia, so I wanted to put her in a situation that she is impacted by it. I know nothing about cheerleading but did do the research. I described it in detail because of the context of the scene. I wanted to make it realistic and credible since it was pivotal to the story.

Irene: I have a contemporary romance novel coming out in April 2022 from the Hope Harbor series, titled Sea Glass Cottage. I just signed for three more books. The heroine goes to Hope Harbor to ask help from her ex-boyfriend. Her life is in upheaval, but he feels betrayed by her and wants nothing to do with her. There is also an elderly couple that had become estranged after losing their son and are trying to work things out.

The last book in this series will feature the youngest of the three sisters, Grace Reilly. She is a forensic pathologist in rural Missouri. While doing some autopsies of elderly people she discovers something is amiss. She is convinced that there is homicide involved and enlists the help of the local sheriff. It will be out in October 2022.

Labyrinth of Lies by Irene Hannon shows why she is the master of romantic suspense.  Readers will always find in her books clever twists, enticing dialogue, likeable and realistic characters, a tinge of romance, and riveting plotlines.

This novel opens with thirty-three-year-old detective Cate Reilly asked to go undercover as a seventeen-year-old high school student. Readers will tip their cap to Hannon for finding a realistic way to convince them that this could happen.  Cate has a youthful look and is always carded when ordering a drink.

Because a student at Ivy Hill Academy, an all-girls prep high school, has gone missing along with her boyfriend, the St. Louis police department decides to send Cate undercover to gain answers. She is investigating faculty and students to see what they know.  Her roommate, Kayla, has some knowledge but is reluctant to share with Cate who she considers a stranger.

Kayla is a great secondary character and stole the show in her scenes. This young black girl is smart and observant. Readers will fall in love with her because she is so authentic. As she and Cate get to know each other they become close and begin to trust each other.

Cate also must deal with Zeke Sloan who is a DEA agent going undercover as a Spanish teacher. He broke her heart eight years ago when she thought they were going to get married, but he chose his career over her. Now he and she must work together to find answers to her case regarding the disappearance of the two high school students.  But they are also looking for answers concerning his case. Zeke is investigating a St. Louis drug ring that is somehow tied to the school. He hopes to discover and bring down the head of the operation.

As their paths cross in the student-teacher relationship and working on their cases, both realize they have unresolved feelings.  The chemistry between them is a slow burn and they must decide if they want to rekindle the relationship again.

This second-chance romance mystery story leaves readers yearning for more.  They want to see if Kayla will have a happy ending, and how the crimes will be resolved. 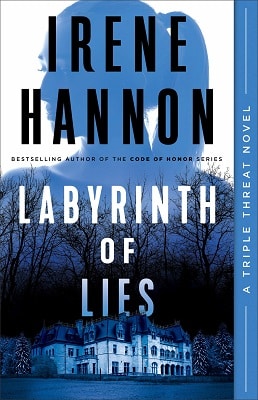 When the daughter of a high-profile businessman disappears from an exclusive girls’ boarding school, police detective Cate Reilly is tapped for an undercover assignment. It doesn’t take her long to realize that beneath the veneer of polish and wealth, things are not as they seem at Ivy Hill Academy. But the biggest surprise of all? The only man she ever loved is also working at the school.

Zeke Sloan has never forgotten Cate, but now isn’t the best time for their paths to cross again. When their two seemingly disparate agendas begin to intertwine–and startling connections emerge among the players–the danger escalates significantly. But who is the mastermind behind the elaborate ruse? And how far will they go to protect their house of cards?