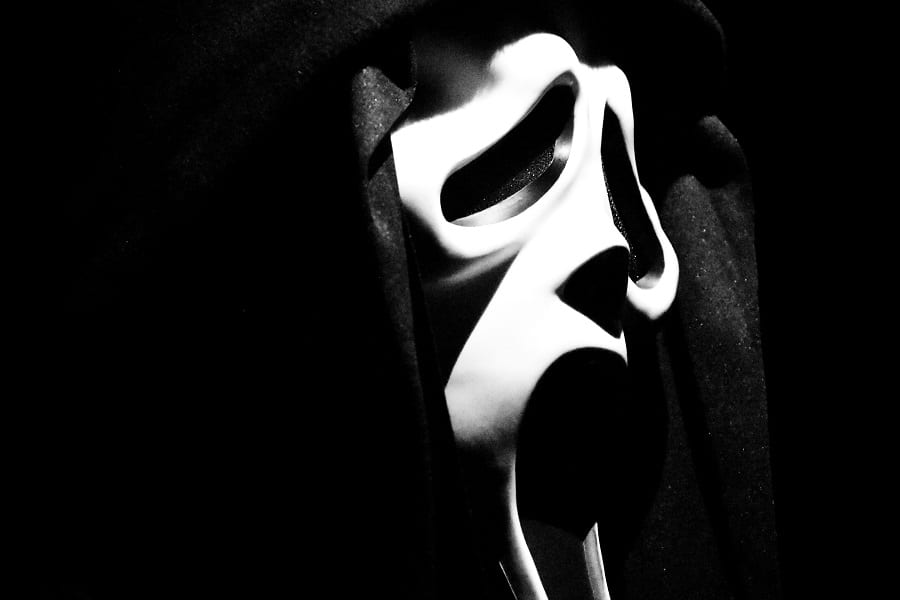 “Horror is the removal of masks.”

Masks and horror go as hand-in-hand as peanut butter and chocolate. Odds are that the mere mention of the subject has already conjured a few masks in your mind’s eye. For many films, the mask or masks featured become the meme for the entire franchise.

For a lot of us these days, thinking about masks conjures up something entirely different than what is typically used in horror film and literature, though it can be argued what caused the need for medical and non-medical face masks around the world over the last few years is a horror in its own right.

Practically speaking, and medical uses notwithstanding, masks are employed—in fiction and in life—either to disguise one’s identity or to take on a new persona. In many cultures masks also possess transformative or protective qualities.

Depending on the intentions of the wearer, any of these uses can be unnerving. Put into the context of horror, they can be downright terrifying. Maybe it’s the corruption of humanity, the skewing of identity that can make masks in general simultaneously fascinating and upsetting.

Of course, since we’re talking about horror, there are masks that themselves act as the killer. The “death mask” in Saw II (2005) made audiences cringe with its iron-maiden-style lethality. Decades earlier, in The Abominable Dr. Phibes (1971), Vincent Price’s titular character straps a clockwork frog mask that must be seen to be believed on an unsuspecting Dr. Hargraves, who meets his gristly end soon after, his head crushed within the confines of the device.

But these, even the most violent of masks, are far from the most memorable in horror.

In 1978, John Carpenter and Debra Hill introduced the world to one of the genre’s most recognizable antagonists, Michael Myers. Even those who have never had the pleasure of watching Halloween (1978) can conjure the image of the expressionless visage donned by Myers (referred to in the credits as The Shape).

The story behind the mask itself is one that is well known; art director Tommy Lee Wallace, commissioned to find a suitable mask for the film, found a Captain Kirk mask, painted it white, changed the hair, and voila—instant nightmares.

Wallace’s mask was so terrifyingly effective because of its simplicity. The blank-faced killer stalking the quaint suburbs of Haddonfield was like a phantom; a feat achieved by the killer’s silence, actor Nick Castle’s performance as The Shape, and the mask that concealed what could only be imagined until the film’s final frames.

Generally speaking, the more banal a mask is, the more unease it seems to elicit. The minimalist mask is one that has been used effectively dozens of times before and since Michael Myers first broke out of Smith’s Grove Warren County Sanitarium. One particularly unsettling example of this is the sack mask; little more than a cloth or burlap sack with eyeholes cut into it.

One of the earliest (if not the earliest) examples of the sack mask is brought to us by the inspired-by-true-events film The Town That Dreaded Sundown (1976) in which the Phantom Killer, clad in a what appears to be a pillowcase with eyeholes cut into it, terrorizes the town of Texarkana. Half a decade later, in Friday the 13th Part 2 (1981), Jason Voorhees covers his face with his own version of this; a sack cloth that only has one eyehole cut into it, a feature that makes it particularly unsettling.

The Strangers (2008) features its own cloth mask worn by one the film’s three killers. This mask is a stitched-together cloth sack with two eyeholes and a drawn-on smile. The mask’s simplicity, along with its expression of false cheer, make it a horrifying disguise.

e same film also features two anthropomorphic masks; a “doll face” and a “pinup girl” mask. Similar masks are used in The Purge (2013); chubby faces with mouths set in toothy grins. These are only a small example of the use of such masks. The exaggerated features in these parodies of humanity are off-putting and run counter to the intentions of their wearers, which is what makes them so darn scary to behold.

Theriomorphic masks, those which take on the likeness of animals, are another common trope of the genre. A pig mask was a recurring part of the Saw movies, worn by Jigsaw’s disciples. In You’re Next (2011), the Davison family is terrorized by killers in a Fox, Wolf, and Sheep mask. In the aforementioned The Abominable Dr. Phibes (1971), Vincent Price’s bird mask was, in appearance if not effect, almost as frightening as the deadly frog mask he locks onto the head of poor Dr. Hargraves.

The distortion of humanity, or perhaps the marriage of a beast’s visage with a human body, can be especially sinister. There are few, if any, animal masks that couldn’t be made into something terrifying in the right context. Imagine a total stranger in a black jogging suit wearing a baby hamster mask and standing on your lawn. At night. There’s nothing cute about that rodent.

In some cases, the mask transcends the individual killer, being passed along from one twisted individual to the next like a bloody crown, as in Wes Craven’s Scream franchise (1996-2022). Even though (minor spoiler) the killer more often than not turns out to be several people working together, they are referred to collectively as Ghostface, as though the mask itself is the antagonist.

Unsettling masks are far from limited to film, but those in literature don’t seem to have the same power as those shown in movies. A large part of this is, no doubt, the ability of the reader to conjure the mask in their own imagination. Still, authors have found ways to make them work to frighten their readers.

In H.G. Wells’ The Invisible Man, Griffin (the scientist who turns himself invisible) dons a variety of masks and costumes to conceal his invisibility. From bandages to prop noses, he works as hard to hide the fact that he is invisible as he did to make himself that way in the first place.

But invisibility is itself a mask. So, Griffin was, in fact, wearing two disguises; the invisibility to hide himself and the bandages and props to conceal his invisibility. The first time someone is frightened by him is when it is discovered what is hiding beneath the bandages. What could be more frightening than removing someone’s mask only to find empty space underneath?

One of the most effective masks, in both film and literature, is one that fools both the victims in the story and the audience of the book or movie—the mask that people don’t realize is a disguise until it’s too late. The most effective form of this is, of course, humanity.

In Brett Easton Ellis’ American Psycho (also in the 2000 film of the same name), Patrick Bateman hides the monster he may or may not be underneath a perfectly manicured human face. This sort of mask may be what frightens most of us since it is one we are most likely to be fooled by. We can never possibly know what anyone is hiding just under their skin.

We are all affected differently by various types of masks. For some of us, the blank-faced mask is the stuff of nightmares while for others it might be the face of a bird, with its cold hunter’s eyes and razor-sharp beak, that terrifies us. But one finds it difficult to argue with the pure objective horror of a mask made of human flesh. Tobe Hooper’s The Texas Chainsaw Massacre (1974) set a new standard for horror cinema with its almost unheard-of level of violence and the new breed of killer it birthed.

Leatherface’s mask takes the twisting of humanity one step too far in the best kind of way. Not only does this mask convey a singular message, violence, it also doubles down on what makes masks so frightening to begin with. It mocks humanity while simultaneously hiding the identity of and giving a monstrous persona to an already terror-inducing killer.

Whether they are hiding an identity or conveying a threatening image, masks work on our conscience and sub-conscience to unsettle and unnerve us. They are the crimson icing on the cake in some of the most reputable horror films and franchises. Killers are remembered by them, known by them. The Friday the 13th franchise is all but defined by Jason’s signature hockey mask, which he doesn’t even pick it up until the third installment!

With their countless variations and their talismanic importance throughout human history, masks contain their own unique power. When we wear them, we feel different; empowered, or maybe protected. We can take on entirely new personalities bolstered by the disguises we wear.

Does the face you choose to wear over your own this Halloween convey sinister meaning, or cover up something worse? Will you take on the guise of a hero or a devil? In any case, choose your disguise wisely; you never know who you might become.

Christopher Sweet is the author of the horror/magical-realism novel The Boy in the Canvas. He has been obsessed with horror since he first stumbled across a movie monsters photo book in his grade school library, at the tender age of eight. He studied screenwriting at University of Toronto and has penned multiple screenplays and dozens of short stories. He lives with his growing tribe of humans and beasts in New Brunswick, Canada.

You can catch him online at: www.authorchristophersweet.com 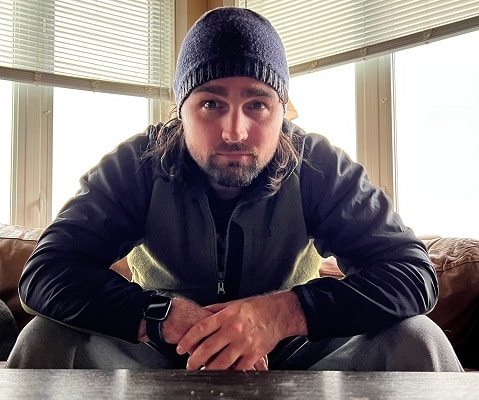