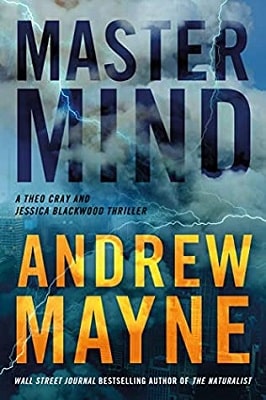 After developing some strong series, Andrew Mayne has tried something few authors dare to attempt. In this novel, he’s combined the power of FBI Agent Jessica Blackwood—former magician and illusionist—with the analytical prowess of Dr. Theo Cray, a computational biologist. These two protagonists have done amazing things on their own, but when combined, the story takes on an entirely new depth and excitement.

After Manhattan appears to disappear in plain sight, Jessica Blackwood is called to the scene, hoping that she can deduce what’s going on. She’s baffled, but wonders if her nemesis, Michael Heywood, could be behind it. Many within the Intelligence community have a list of individuals who may have assisted Heywood in his plan, including one Dr. Theo Cray. Blackwood travels around the world to find him, which only leads to more ‘blackout’ moments as they spend time in Asia. What follows is a series of events that neither Cray nor Blackwood can explain, though it all points to trouble, particularly if Michael Heywood is involved. A chilling tale that is full of thought-provoking moments, showing just how sharp Andre Mayne’s writing can be.

While she has grown up loving magic, even Jessica Blackwood cannot fathom what’s happened when she is called out to help find Manhattan. Having disappeared in some form of electronic pulse, combined with a fog, the city seems too have been carved from the map. Everyone has Michael Heywood—The Warlock—on their minds as a possible suspect, with his recent escape from custody. However, he could not have done it alone. Many suspects are bandied about, but there’s one that catches Jessica’s eye, Dr. Theo Cray.

After travelling to the far side of the world, Blackwood locates the doctor, who’s been trying to vaccinate local population so they are not murdered by their own government. While noble in his actions, Cray is not seen as a hero by many and has been tossed in a putrid jail cell. Blackwood is able to help him and uses her own form of deception to get him out of the country, while explaining about Manhattan. When two more ‘events’ occur in Asia, both Blackwood and Cray decide to stay in the region to work through what’s going on.

It’s soon clear that the ‘Void’ moments are only a distraction for what’s really going on, the theft of massive amounts of data. While Blackwood and Cray cannot understand what it’s for, this has Michael Heywood written all over it. They undercover some truly horrible science experiments in both Thailand and Ukraine, which could possibly open up new and disturbing outcomes, but the data is not comprehensive enough to  offer any concrete answers.

Returning to the US, Cray and Blackwood must jump through some Intelligence hoops to remain on the case, while being goaded by Heywood to decipher what he has in mind. Slowly, but intentionally, they make some progress and learn that something huge is in the works, a plan that would truly help Michael Heywood shed his ‘Warlock’ moniker for another… Mastermind! A captivating novel that had me guessing at every page.

Since stumbling upon Andrew Mayne, I have learned so very much about  a wide variety of subjects, whether it be magic, biology, or even police sleuthing underwater. Mayne is so full of ideas and means by which crime can be solved, allowing his books to open new pathways within the genre while keeping his fans entertained throughout. This protagonist amalgamation was ingenious, something I often encourage authors of multiple series to attempt. The premise was strong, working well alongside the novel’s pace and constant revelations.

One essential area in a book is its characters and how they come to life on the page. With established stories for both Jessica Blackwood and Dr. Theo Cray, it was less about building them up, but sustaining what series fans knew about them. Working alongside one another, it is the character chemistry that is essential, something that Mayne did really well. Neither knew much about the other, allowing for some brief mentions of their respective backstories, but it is the strong connectivity that kept the book going and how they are able to feed off one another, developing themselves as individuals and a unit simultaneously.

While there were many characters who helped move the story along, it was the science that stole the show in many regards. Mayne has never shied away from analysis of events through different lenses and this book was full of that. Exploring biology, computer analytics, virology, and even some currency issues,  Mayne floods the narrative with ideas that could spark curiosity amongst readers. I found myself lost in the discussion at times, though was able to surmise some of what was being said, through poignant questions the characters asked throughout the discussion.

There is so much going on within this book, it is difficult to determine where I ought to begin. The premise of the piece was quite strong and kept things moving from the outset. Mayne may appear to be taking things in one direction, only to steer them on a completely opposite pathway before too long. The narrative gained momentum throughout and kept me wanting to turn a few more pages. Chapters of varying lengths kept the story on track and left things dangling at the right times, forcing the reader to push onwards to satiate their curiosity. While the science was intense at times, it all came into perspective and Mayne did a wonderful job of keeping the reader engaged and informed. I can see this Blackwood/Cray partnership being one that I will enjoy, as Andrew Mayne keeps the stories coming.

Kudos, Mr. Mayne, on this stellar collaboration between two of your key protagonists. There’s a lot more to explore and you are sure to impress many of your series fans. 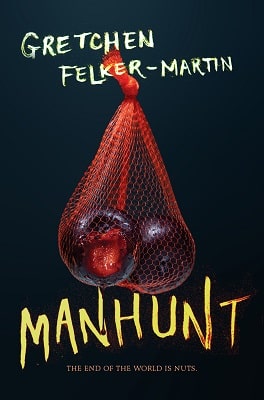