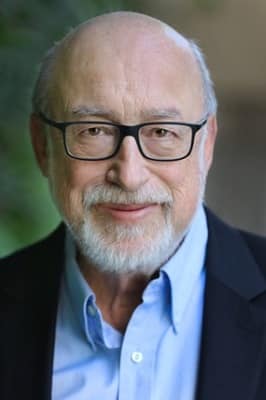 Thomas Perry is the author of twenty-eight novels including the Jane Whitefield series. He’s the first recipient of the Gumshoe Award for best novel, and was the Bouchercon Guest of Honor in 2007. His thriller, The Butcher’s Boy, won the Edgar Award, while and Metzger’s Dog was a New York Times Notable Book.

Q. You’ve worked in park maintenance, factory labor, commercial fishing, university administration, television production. Which of those was the most interesting?

Thomas: Together they taught me that people were worth watching and listening to with every bit of attention I could summon. I think the range of experiences helped me. I got to walk on strike picket lines as part of the United Mineworkers at 18 and, many years later, the Writers’ Guild. On the Pacific Ocean when the diver was down harvesting abalone, I was standing on the deck of a 25 foot boat keeping the air compressor going and the abalone alive, and I was the most utterly alone I could be in a natural world. It was beautiful and ferocious. The experience with the biggest impact on my writing was listening to thousands of people talking, each one making observations and telling stories.

Q. Your writing career has spanned nearly forty years. In that time, how has your writing changed?

Thomas: I think that my ability to use words to achieve clarity has grown, so the reader isn’t as likely to miss something. I also think my attention is focused on additional things because I’ve lived. For instance, I think early in my career when writing about people finding mates, I talked about a man meeting a woman who is a breathtaking romantic partner. Now I would be more likely to focus on the fact that the decision is even more romantic, because each is also picking the person who will be the only real ally in a long trek through some very rough country.

Q. The Butcher’s Boy, which won the Edgar, is just one in the long list of your celebrated (and award-winning) novels. When did you realize you’d made the big leagues?

Thomas: I’ve tried to resist making that kind of assessment. What kills a lot of writers is ego, so you have to kill yours before it gets too big. I do have a nice memory of the spring of 1984. My wife and I were working at USC when the Los Angeles Olympics approached. The police asked the university to have the people on our side of our building move out so they could use our offices to watch over some athletic fields. We said we’d be happy to move out, but would not be coming back. We celebrated with a dinner at Musso & Frank on our last Friday evening after work.

Q. Do you have any favorite writers?

Thomas: I have many favorite writers. My all-time favorite is William Faulkner, who was the subject of my Ph.D. dissertation. I also love Conrad, Melville, Hawthorne, Tolstoy, Flaubert, and a few others. Among current writers, I have to mention John Le Carre and Deon Meyer. There are others I know and root for, like Kent Krueger, Tim Hallinan, Dennis Palumbo, and Jeffrey Siger.

Q. What are you reading now?

Thomas: Today I’m reading Gideon, a first novel by Grant Rosenberg, a very talented television writer I’ve known and liked for about 30 years. So far, I like the book too.

Q. What are you writing now?

Thomas: I’m working on a book about a recurring character named Jane Whitefield.

END_OF_DOCUMENT_TOKEN_TO_BE_REPLACED

The thriller writer on CRIMSON PHOENIX, crazy stories, and more

END_OF_DOCUMENT_TOKEN_TO_BE_REPLACED

The author, screenwriter, & director on WATER MEMORY and more