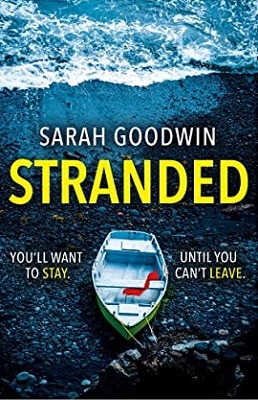 “I think most people would be disappointed if the apocalypse came and it didn’t somehow feature zombies.”
–Maddie Holinstead

Every once in a while you come across a book from an author you don’t know and it is so insanely good, you end up stalking the rest of the author’s bibliography to see what else she has. This book is one of those. I picked it up at 5pm and was reading until I finished it at 1am.

Madeline Holinstead had an interesting childhood. Homeschooled by very protective parents, she never had friends or any social activities. Her Mother encouraged her to stay home and bake and do activities that don’t require leaving the house. After her parents die in a car accident, it left Maddie without a purpose. When she is chosen to appear in a reality TV show, where she is stranded on a remote island for a year with two cameramen and seven other contestants, she hesitantly agrees. And so begins Survivor meets Lord of the Flies.

While Madeline is socially awkward and quite meek, the other seven also have serious flaws. In fact, most of them are awful. Duncan, who made himself the leader from the start, has it out for Maddy and within a few months has turned all the other “survivors” against her. She is immediately banished from the camp, and that is when Stranded begins. While Maddie is timid, she is not afraid to stand her ground and you root for her to survive on her own, away from this tribe who is mocking her. She does survive and, more, she comes very close to thriving. She builds her own shelter and finds food. Once Duncan and his cronies start stealing things from her, she finds a place to hide her things, which only makes them angrier.

When, after a year of being on the island, the boat never arrives to bring them back to the mainland, Maddie realizes they may be stuck there a lot longer. Unfortunately, the tribe is relentless in stalking her and she is constantly fighting for her survival.

The book is told in two time frames, when Maddie is on the island and also the interview she gives to a reporter once she has been rescued. Sarah Goodwin has crafted an amazing novel of survival, determination and spirit. While Madeline Holinstead might seem like the anti-hero, she is very much a hero. Goodwin’s writing is simple but suspenseful. She does a great job telling the story but holding back details which makes the reader want more. I will be thinking about this book for a long time.