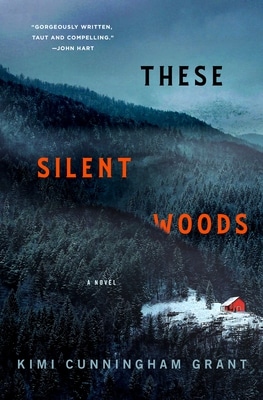 In These Silent Woods by Kimi Cunningham Grant, the less known about the novel, the better. Allowing the story’s plots and characters to unfold and bloom on their own only enhances the overall content within the novel.

These Silent Woods opens with a father named Cooper and Finch, his eight-year-old daughter, living in a cabin deep in the Appalachian woods for going on eight years. The cabin is without running water, electricity or of the modern amenities most find in modern-day America. Cooper and Finch exist mostly by their own hand but do have contact with the outside world through Jake. Jake and Cooper served together in the military and once a year Jake travels to the cabin to resupply Cooper and Finch with items unable to be cultivated from the land and natural world.

Cooper and Finch are also visited by Scotland, an older, mysterious nearby neighbor. Cooper, troubled by Scotland’s unannounced and often unwelcome visits, is unsure if Scotland is a friend or foe, while Finch is uncommonly friendly to the strange man, who when he arrives is often armed with a rifle and pet crow perched upon his shoulder.

Scotland frequently provides Cooper advice which is oftentimes both unsolicited and at times seems to be menacingly ambiguous in its meaning, which further adds to Cooper’s strained feelings toward the man that seems to know too much about him and Finch.

Kimi Cunningham Grant then allows the story to evolve with morsels from the past intertwined with the present to reveal how a father and daughter have come to find themselves hidden in the woods and why Cooper will go to drastic measures to keep his daughter safe and away from the outside world for as long as he can.

To reveal more would entail revealing spoilers of the novel.

When reading this novel, the creation of the two main characters, Finch and Cooper, made me think of Atticus and Scout from the novel To Kill A Mocking Bird by Harper Lee and I would not be surprised to find this novel is somewhat of a homage to Harper Lee’s classic novel.

Finch, similar to Scout, is a wise beyond her age, precocious, and a wildly curious girl with plenty of tough questions and a never-ending desire to discover what exists in the world, while Cooper is a haunted man inflicted with Post Traumatic Stress Syndrome and a troubled past kept hidden.

These Silent Woods is set for publication October 26, 2021. Netgalley provided an ARC for the promise of a fair review.