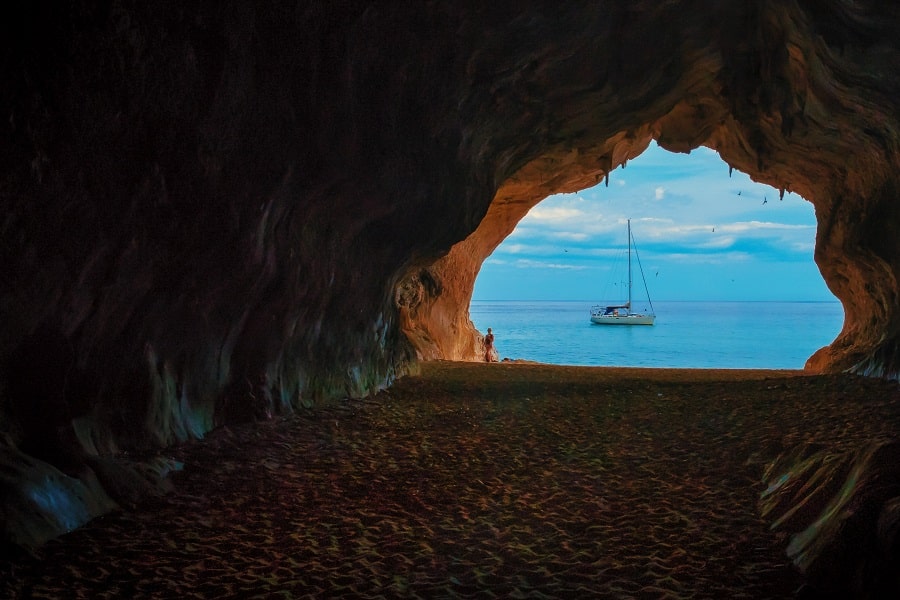 Why the Tropics are Ripe for Thrillers
Doug Walsh

We tell ourselves the light can’t hurt us. And in the tropics, the light is everywhere. A full-spectrum kaleidoscope of blinding, prismatic wonder.

It dances in the beads of condensation running down our cocktail glass, or, hours earlier, down our plastic Boeing porthole while taxiing to the gate. It reflects from the sand, the diamond-cut azure water, the whitewashed walls and windows of our resort. It tans us, warms us, envelopes us in comfort, rendering that which would do us harm no place to hide.

In it, we are safe. In that tropical, effervescent light, we feel invincible.

And that’s why a thriller boasting a paradisiacal setting may be the most psychologically treacherous of all. For we are most vulnerable when we feel most impervious.

The perils of tropical locales—and why they make for such a suspenseful backdrop—lie in the cocoon of complacency they foster. A vacation, as opposed to travel, is time to unwind, relax the nerves and allow our stress to melt away. Toes in the sand, we recharge, as Hollywood has trained us since it first laid eyes on the South Pacific in the 1930s.

And so the tropics are synonymous with respite, a place of romance and leisure. We carry these subconscious notions with us as we approach fiction.

We read to escape, to travel—whether to foreign lands, planets, or mindsets. And for temperate destinations, we readers know to remain on guard, knowing full-well calamity can strike our Hero at any moment. A crime-infested city? A weather-beaten mining town on hard times? An alien planet? We keep our wits, muscles, and photon blasters at the ready!

But the tropics are the ultimate honey-pot. The good times roll in rum-soaked cocktails and sunset-kissed desserts, forever scenting the air with coconut perfume. Otherworldly flora, with massive leaves and vibrant flowers, bring fairy tale memories to life. The forest birds, with their Crayola plumage, serenade us in lullabies as their pelican cousins fish off the coast. The water? A turquoise home to neon fish so numerous, so docile, we bare it all and swim alongside them without a care in the world. And why? Because we tell ourselves nothing can hurt us there, on vacation, in the endless summer light.

Of course, we know that isn’t true. Sharks, crime, wrong place, wrong time. For all its powers to enchant one’s hips into movement, no steel drum can ward off the cruelty of modern life.

Nevertheless, as we follow our Hero, our loved one, or even simply our silhouette off the plane, we too often set our basic instincts to Do Not Disturb. We forget tempers flare in the heat. That day inevitably gives way to night. That not everyone is on vacation. Someone has to clean up our mess. Others yearn for even that morsel of opportunity in a world where a week of all-inclusive pampering can exceed a local’s annual earnings.

Then we are shocked. No, horrified. Astounded when the case-hardened sledge of reality shatters our mental mirage.

According to US State Department records, the most common causes of overseas deaths among its citizenry since 2002, not attributed to natural causes, are the rather prosaic incidents of vehicular accidents and drownings. Indeed, for the vast majority of countries, one must journey further down the list to reach those causes most familiar to thriller connoisseurs: homicide, terrorism, and drug-related crimes.

The dead famously tell no tales, but how many would fault their own folly?

Take, for example, Catherine Steadman’s protagonist, Erin, in the bestselling novel Something in the Water. According to the statistics, Erin was right to fear drowning during her Bora Bora adventure. But it was ultimately an impressive string of daft decisions—and greed—that transformed her luxury honeymoon into a living nightmare.

In Steadman’s prose it was clear her character suffered from a vacation-induced sense of infallibility. Little did she know…

Bad things happen to good people (and characters) all the time. And often it happens in unexpected, seemingly benign places. The suburbs, perhaps. Or Canada. And we readers eat it up. We love the shock of the unexpected, the voyeuristic—and dare I say, sadistic—piercing of one’s bubbled existence. Staging a suspense story or thriller in the tropics elevates this aspect substantially. Because, though the local law enforcement is under no illusion regarding the dangers of their beat, visitors—and readers—quite often have their heads in the clouds.

And that’s where the fun lies.

Ruth Ware’s enjoyable Woman in Cabin 10, set amidst the frigid, murky waters of the North Sea, puts readers on edge right from anchors aweigh. Its overarching mood, despite the luxury of the ship and refinement of the passengers, is one of dread. As such, we aren’t jolted by foul play when it inevitably arrives.

Not that a thriller need be set in the tropics to elevate the level of surprise discomfort, but contrast is the spice of vice. Many of the most memorable books excel by flipping the reader’s expectations on their head. Long walks on the beach become less romantic when a third set of footprints reveal a pursuer. The daiquiri less appetizing when it’s hiding a severed toe. The snorkeling excursion less serene when the boat abandons the swimmers—or when the scuba diving Hero discovers they’d been provided an empty tank of oxygen.

Discomforting occurrences can happen anywhere, but first world readers/vacationers don’t want to think their dream getaway could ever become a final destination.

For the vast majority of us, the tropics are a there place. Somewhere far from home, from our norms, and—let’s be honest—typically from the first-world resources to which we are accustomed. There are exceptions to this last point, of course. Singapore. Dubai. Much of Hawai’i, to name a few. But distance, both physical and emotional, amplifies the sense of foreboding when tragedy strikes.

In times of crisis, we crave the familiar. Vacationers and fictional characters alike. An emergency is no time to find yourself an ocean away from loved ones, unable to speak the local language, or to be reliant on a police force operating on a shoestring budget. Thrillers thrive on a steady, rising drumbeat of tension. It’s there, page after page, under the surface, building slowly, until our nerves shatter in a crescendo of panic.

Good thrillers dole out the tension in perfectly administered doses. The very best heave it upon flawed characters whom we want to see succeed despite themselves. Our favorite characters, much like ourselves, are often blind to their own biases, and emergencies don’t always bring out the best in them. Tropical locales are ripe for seeing characters startle as previously unknown prejudices surface.

Spend any prolonged time in the tropics and you’ll come to appreciate the ingenuity and professionalism of local officials. Their way of managing may be different, more bureaucratic, or even frustratingly cumbersome, but they get the job done despite their often limited resources. From the Caribbean to the Seychelles to Bali, all around the world, from rich locales to poor, locals and visitors clash daily as “the way things are done” at home and abroad meet head-on.

A panicky protagonist might lose their temper when mistaking “island time” for a lack of concern. Or consider an untucked floral shirt a mark of unprofessionalism. But just because a town lacks world-class technology, doesn’t mean they lack the tenacity to solve the case. Often, dispensing with technology or ample resources forces our Heroes to get more creative. And with creativity comes entertainment—and talented, imaginative authors will use this to their advantage to thrill you.

A case can be made for setting a thriller in any locale. And great ones have been set everywhere, from mountaintops to monasteries. But readers who enjoy seeing characters left on an island, both literal and figurative, should reach for a thriller set in the tropics. Not only will it provide the shock of a tranquil paradise being shattered, but will probably leave our Hero at the villain’s (or nature’s) mercy thousands of miles away from home, an ocean away from loved ones. Where nobody who knows them can lend a helping hand. And that, perhaps most significantly, is what makes the setting so rich.

After all, distance makes not only the heart grow fonder; it can also make it skip a beat.

Doug Walsh is an award-winning and Amazon bestselling novelist whose books have earned consistent praise from critics and readers alike. Through his stories, Walsh combines his passion for adventure travel with a fascination for discovering how romantic relationships respond to the improbable. His latest novel, Shadows of Kalalau, is a coming-of-age romantic thriller set in a majestic, untouched corner of Hawai’i. Following a sixteen-year career authoring video game strategy guides, Walsh set down his controller and embarked on the round-the-world bicycle tour that ultimately inspired his debut novel, Tailwinds Past Florence. Walsh’s books are available in paperback, e-book, and audio everywhere books are sold. 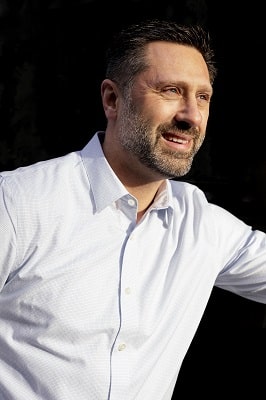