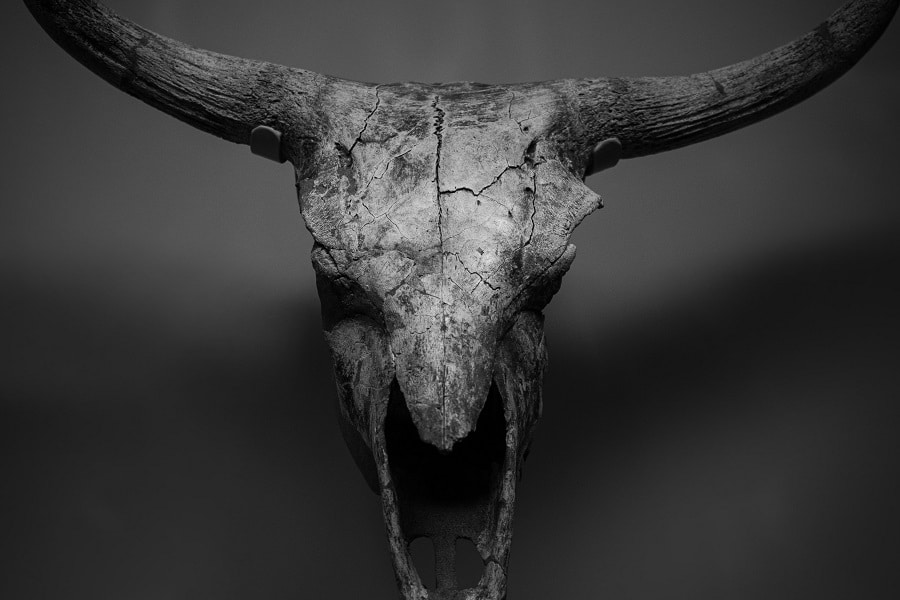 It can also be scary.

Consider speculative horror fiction, for instance, the genre that best explores and attempts to explain our fears. Books and movies set in the American West are often some of the scariest. Here, I’ll look at three main examples and also explore whether they are, in fact, “Westerns.”

The “Western” is my country’s unique contribution to literature and film. Historians have attempted to define the genre since its inception. It will always be debatable where the West begins, the period it encompasses, and the content it represents. Most people think of “Western” as the Old West or Early Frontier of the United States. These are often called “Traditional” or “Classic” Westerns. They frequently involve cowboys with six-shooters on horses, battles against American Indians on grassy plains marked with bison, the damsel in distress, bank robberies, stagecoaches, and hangings. Main characters often look like Clint Eastwood in The Good, The Bad, and The Ugly (1966), and tough, resilient frontierswomen of the likes of Allyn Ann McLerie (“Crazy Woman”) in Jeremiah Johnson (1972).

While those tropes, settings, and characters were certainly the genesis of the Western genre, it extends well beyond that. If you include Revisionist Westerns, Modern/Contemporary/Neo-Westerns, Pickup Westerns (pickup trucks instead of horses), and Anti-Westerns, the field broadens significantly. I like to think of Michael Crichton’s Westworld (1973) as an example that flips Traditional Western on its head. And what about Grit Lit set in the American West or that deals with Western problems, such as water rights or the subdivision taking over the family farm? You can see from this that the genre is incredibly broad, including current times, urban settings, and how we imagine the West in the future.

Using our expansive understanding of “Westerns,” let’s look at some speculative horror. I have focused on books adapted to movies as my three primary examples.

I’ll start with an author/director I’ve already mentioned, Crichton, and my favorite work of his, The Andromeda Strain (book 1969; movie 1971). As the prefatory “Acknowledgments” section of the book explains, the story “recounts the five-day history of a major American scientific crisis,” which we discover involves a dangerous pathogen that lands on Earth via a crashed military satellite.

Hold your horses! you say; Andromeda Strain is science fiction, a techno-thriller, a mystery. It’s doubtfully horror, and I’d never call it a Western!

Andromeda Strain is certainly a mash-up of those things. But it’s also been described as “feel[ing] more like a cosmic horror film than it does an alien invasion thriller.” So, it is horror and obviously speculative, but why should we also consider it Western?

First, location. The book begins in the small, sparsely populated town of Piedmont, Arizona, a real ghost town in our world, and in the movie, Piedmont, New Mexico, a fictional town. Later, after the satellite is found, it is taken to the secret underground “Project Wildfire” laboratory in fictional Flatrock, Nevada. Other areas throughout the American West are also essential to the storyline, including Vandenberg Air Force Base in California, the NASA Jet Propulsion Laboratory in La Cañada Flintridge, California, and American universities throughout the West. The book and the movie even provide maps detailing critical places in five Western states.

But location is more important than simply occurring in the West; it highlights two meaningful Western qualities. The book and movie explain how the Wildfire site was chosen for its “remoteness” in the uninhabited Nevada desert. As Dr. Jeremy Stone, one of Crichton’s characters, states, “There is no important area of habituation for a radius of nearly one hundred and twelve miles.” Remoteness plays heavily on the paradoxical Western concept of being in a wide-open space yet feeling claustrophobic simultaneously. Crichton and director Robert Wise milk that feeling of dread, going from a little town and then a base in the middle of nowhere, with the horizon expanding off to infinity, to the constricted, suffocating feeling of the underground laboratory, tiny examination rooms, and robot-arm chambers where the characters attempt to identify the pathogen.

The other important quality is government secrecy. Where else, besides the American West, could best convey the secret lab concept? Sure, perhaps China, as Dean Koontz prophetically described in The Eyes of Darkness (1981), “labs outside the city of Wuhan” where “man-made microorganisms were created,” including the “Wuhan-400” virus that infected humans. Or we might envision a secret Soviet ice base, such as in the Cold War comedy Spies Like Us (1985). But, when we think about secret government places, is there anything more notorious than Area 51, the U.S. government facility in the Nevada Test and Training Range? I contend that Project Wildfire’s secrecy could only be captured to such degree in the American West. Andromeda Strain, accordingly, is deeply Western.

Moving on, no discussion of speculative horror is complete without the King of Horror. Stephen King’s books and movie adaptations are robustly Western. Most obvious, of course, is his Dark Tower series. The novels (1982-2004), novella The Little Sisters of Eluria (1998), and movie (2017), clearly qualify as sci-fi fantasy Westerns and have elements of horror. So, let’s turn to my second, not-so-obvious main example: The Shining (book 1977; movie 1980; mini-series 1997).

Whoa Nellie, you say, the Torrances are from Vermont, and even though The Overlook Hotel is in Colorado, that alone doesn’t make it a Western!

But we can dig a little deeper, starting with that setting. I’ve already discussed how remoteness is an important Western concept, and the Overlook’s Colorado location, nestled in the heart of the Rocky Mountains, certainly fits that bill. Could King have put the hotel and the notorious Sidewinder road in Stowe, Vermont, Miami, Florida, or anywhere else, and achieved the same sense of helplessness and inaccessibility, and realistically trigger cabin fever, the way the Overlook’s location does? I don’t think so.

Other Western concepts are explored in The Shining, such as starvation and the plight of American Indians. In the movie, Danny kindly reminds us how the stranded Donner party “ate each other up” in the Sierra Nevada Mountains, and Stuart Ullman, the manager of the Overlook, talks of the hotel’s site on Indian burial ground, allegations of “repelling Indian attacks as they were building it,” and the Navajo and Apache motifs in the hotel. (It has been argued that these “purely American” references of “the cannibalistic Donner Party and the Indian burial ground” site “satisfy[] the claims of one theorist that [The Shining] is all about native American extermination and an US imperialism founded on murder and bloodshed.”)

And what about suicide? In the movie, Ullman explains to Jack how his predecessor, Mr. Grady, “put both barrels of a shotgun in his mouth.” This highlights a statistic Westerners are not proud of but is endemic to the area: eight out of the top ten U.S. suicide rates are in the West, Colorado ranking seventh.

A treatise could be written about King’s Western speculative horror. In The Shining’s sequel, Doctor Sleep, the book (2013) returns West to the Bluebell Campground where the Overlook existed, and in the film (2019) to the hotel itself, and both touch on suicide. The Stand (book 1978; mini-series 1994, 2020-21) displays many topics I’ve discussed and deserves its own article. Even King’s novel Christine (1983), set in Pennsylvania, somehow makes it out West by the end. The movie (1983), set in Rockbridge, California, and filmed at various California high schools, depicts modern Western American public high school experience as well as any movie. The list goes on.

My third example is The Only Good Indians by Stephen Graham Jones.

That’s it, Partner, you say, we’re going to hang you dry, that was never made into a movie!

But I have included it here because if there ever was a Western speculative horror book that should be a movie, this is it.

Jones describes his novel as “a slasher through and through.” I won’t quibble with the author’s classification of his own work. Still, his story tracing the lives of four American Indians (I have used the term “American Indian” throughout in an attempt to comport with the characters’ usage in the book, who mostly reject the terms “Native,” “indigenous,” and “aboriginal”) following their indiscriminate slaughter of elk on elder hunting grounds, including a pregnant elk cow that returns to haunt them, is loaded as a Western. The setting is entirely Western, from North Dakota, to the Blackfeet and Crow Reservations, to various cities in Montana. But, the most compelling aspect is the mix of Traditional and Modern Western themes; most importantly, the American Indian struggle to honor tradition while surviving today’s world. Jones also weaves Traditional subjects such as scalping, the spirit world, sweat lodges, powwows, and “Custers,” with Modern ones, such as crew-cab pickup trucks, IGA supermarkets, Elvis, and Indians with traditional and hip-hop names. Even the Elk Head Woman, one of the most terrifying creatures in literature, ties the past to the present. The human-bodied creature that haunts the characters, with an elk’s head and “yellowy” eyes, at times wearing gym shorts, a sleeveless T-shirt, and a sports bra, almost seems to fuse Old with Modern West.

Crichton, I recall, looked somewhat embarrassed when he was asked the presumptuous question of whether one of his unfinished books was going to be a movie. King, it has been alleged, wrote many of his works with movie adaptations in mind. I don’t know about Jones, but his book sure reads like a movie. The Elk Head Woman ceiling-fan scenes, spotting her between railway cars, and the motorcycle wheel spoke “scalping,” are written with such visual precision that the reader can’t help but see them, in step-by-step procession, just like they might be presented on screen. Or, more accurately, like you’d see if you were right there with the characters.

Jones’s book should be a movie. Bringing it to the silver screen could make it one of the best and most important meldings of Old with Modern West, and further explain the genre. The Only Good Indians, and the blueprints laid out by Crichton, King, and others, also show that Western speculative horror, and how we define “Western,” is as vast as the West itself, and as broad as we choose to define it.

Michael Carter’s short fiction and creative nonfiction stories appear regularly in literary journals, magazines, and anthologies, and his most bothersome speculative flash fiction was recently collected in Boneyard Tales (Greenbelt Press 2022). He’s a lifelong resident of the Western United States and a member of the Western Writers of America. When he’s not at the keyboard or scavenging the boneyard, he can be found at the river’s edge fishing or RVing around the nation, and sometimes online at www.michaelcarter.ink and @mcmichaelcarter. 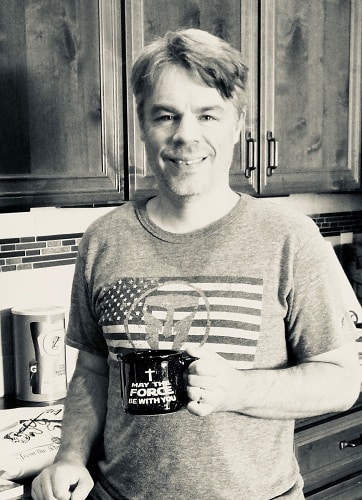