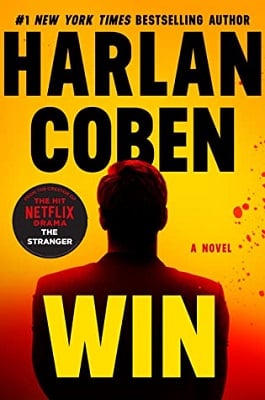 I’ve always been a big fan of Win, aka Windsor Horne Lockwood III, as he’s known to his family and the elite families of New York. Ever since he first appeared as sports agent Myron Bolitor’s wingman and fellow investigator, I have loved his sardonic wit and no-holds barred approach to tackling the bad guys.

So, I can’t tell you how excited I was to discover that Win now has his own novel, with the promise of his own series. If you haven’t met Win before, then don’t worry, as you’ll get a full introduction to this charming but arrogant and dangerous man and the world he lives in. Love him or hate him, he’s unique.

When a reclusive hoarder is found dead in his penthouse apartment, the police make an astonishing discovery. There hanging on his wall is the Vermeer painting stolen from Win’s family along with a Picasso, twenty years before. A custom-made leather suitcase bearing Win’s initials, WHLIII, is also found in the apartment. The man is eventually identified as a member of the ‘Jane Street Six’, a group wanted by the FBI for an act domestic terrorism in the 1970s. How the man was able to afford an apartment on the upper west side of New York and how he came to have both the Vermeer and Win’s suitcase is a mystery to both Win and the FBI.

Coben is the master of the art of weaving complex tales together to make great suspense and this is an intricate plot that will require Win to track down all the members of the ‘Jane Street Six’ as well as look into an old family feud and the tragic death of his Uncle and abduction of his teenage cousin two decades ago.

Always lurking in the shadows before, Win’s character is fully fleshed out for us here. Despite his charisma, his wealth and his education, he is clearly insecure and flawed. He recognises the violence in his nature and how to direct it where it is most effective and with his inbuilt sense of morality and justice, he can use his money and connections to get what he wants and keep the law at arms length. Myron is the only true friend he has and the only person he truly loves. Rather than prolonged romantic relationships, he prefers to have a series of one night stands with rich and beautiful women. Although not close to his family, the exception may be his emerging relationship with his recently discovered daughter Ema and it will be interesting to watch this develop over the series.

Whether you’re a fan of Coben’s or have never read him before, expect to be hooked in to this smart and engaging thriller with an unexpected twist of an ending. An excellent introduction to a new series!

With many thanks to Random House UK and Netgalley for a copy to read. Expected publication March 18, 2021.

Editor’s Note: Win was selected as one of Mystery and Suspense Magazine’s Best Mysteries of 2021.