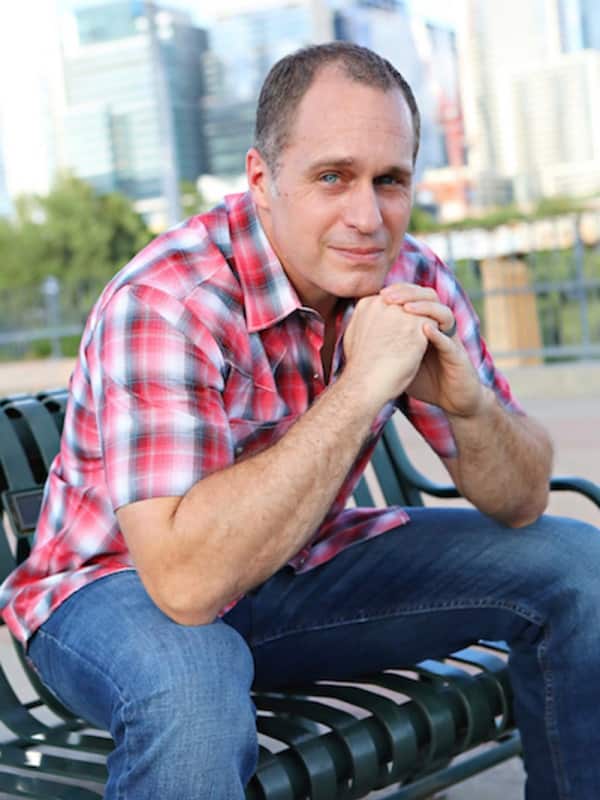 Don Bentley is the New York Times Bestselling author of the Matt Drake thriller series including Hostile Intent, The Outside Man, and Without Sanction as well as one forthcoming title. Don also writes in the Tom Clancy Jack Ryan, Jr. universe with Zero Hour, Target Acquired, and one forthcoming title.

Don spent a decade as an Army Apache helicopter pilot during which time he was stationed in South Korea, Germany, and Texas. While deployed to Afghanistan as a Troop Commander in support of Operation Enduring Freedom VI, Don was awarded the Bronze Star Medal and the Air Medal with “V” device for valor. Following his time in the military Don worked as an FBI Special Agent and was a member of the Dallas Office Special Weapons and Tactics (SWAT) team.

Q. Hostile Intent came out today (May 3rd). With the current world events unfolding, this novel feels very credible and timely. For those who haven’t read an advanced copy, what is Matt Drake up to in this latest book and what was the inspiration for this one?

Don: Man, I am so excited for everyone to read Hostile Intent!  Like my other Matt Drake books, this one’s a standalone, but it also wraps up a three book trilogy that began with my debut, Without Sanction.  If you’ve read my other two books and still have some lingering questions, chances are they’ll be answered in Hostile Intent!

I’m also excited because Hostile Intent is broader in scope than my first two Matt Drake novels.  You still get to see Matt recruiting and running agents, but this book shows a Russian invasion of Ukraine through a number of different point of view characters.  It’s also quite surreal that I wrote this book almost a year ago, and now I’m watching some of the things I imagined play out on the world stage.  I have to say that one of the biggest things I missed was the ferocity with which the Ukrainian people have been resisting the Russian invasion.  Real awe inspiring stuff.

Q. Your novel is very character-driven; in addition to it having plenty of action and danger. How do you continue to find the right balance?

Don: Thank you so much for saying that!  NYT Bestselling author Brad Taylor has been a real mentor to me, and in one of our talks, he said that readers might come to a series for the story, but they stay for the characters.  I know that’s been true in my experience.  Daniel Silva is one of my favorite writers, and I find that reading his new book each year feels like I’m coming home to friends.  Friends that I’ve missed!

With that in mind, I spent a long time fleshing out my protagonist, Matt Drake.  He first appeared in the third novel I wrote which didn’t sell.  That book had a lot of things wrong with it (hence the didn’t sell part), but I knew Matt was a keeper.  I also knew that I wanted to write a witty first person protagonist in the vein of Nelson DeMille’s iconic John Corey character.  That said, doing this was a risk.  First person narrators speak in a voice that feels very close to the reader.  If I didn’t get Matt correct, I stood a good chance of losing the reader long before they became invested in the story, but I thought the risk was worth the reward.  John Corey is such a compelling character that I’d read about him going to the grocery store.  Hopefully my readers feel the same way about Matt Drake!

Q. Your book covers are amazingly realistic and fitting. Do you have input into that process?

Don: My publisher, Berkley, does a fantastic job with so many things, but they truly shine when it comes to book covers.  I usually provide a couple of very high concept ideas, but what they produce consistently blows away whatever I’ve imagined.  Sometimes I want to tweak what they’ve designed a bit, and the Berkley folks are always incredibly accommodating.  Authors talk, and I’ve heard other writers recount some not so positive experiences, but that has definitely not been my story.

Q. Is your writing or publishing process different for the Matt Drake series and the Tom Clancy Jack Ryan, Junior series?

Don: I’m incredibly fortunate that Tom Colgan is the editor for both my Matt Drake series and the Tom Clancy Jack Ryan Jr. books.  I’m currently finishing my 4th Matt Drake novel, and this will be the sixth book that Tom and I have worked on together.  Over the course of half a dozen books, we’ve built a great foundation of trust, and Tom lets me write in the manner that’s best suited to my creative process.  I write organically which means I don’t really have much of a sense of what the book’s going to be about when I start.  Tom and I will usually have a brainstorming session or two before I begin, but once I’m off and running I just go where the story takes me.  It’s an incredibly freeing process because I know Tom will serve as the guardrails during the revision phase if I wander too far off course.  I really couldn’t ask for a better collaborative partner.

Q. As a presenter at a virtual fiction writing conference in November of last year, what was the main point you wanted aspiring writers to glean from your discussion?  Were there any surprises?

Don: I loved presenting at that conference, and I’ll be teaching a similar class at this year’s ThrillerFest conference in New York.  The most important point I tried to get across was that conflict drives story.  Conflict should be in every single scene.  A writing instructor once told me that if three people are in a scene, two need to disagree.  Conflict doesn’t have to be physical (and most often it is not), but it must be present for the story to come to life.  When my writing feels flat, it’s often because I haven’t inserted enough conflict. In real life, we want things to go smoothly and relationships to be drama free, but those conditions make for some pretty boring writing!

Q. Can you share anything about what you working on now?

Don: I’m currently finishing my 4th Matt Drake novel which is titled Forgotten War.  As a veteran of the war in Afghanistan, watching the country collapse in the summer of 2021 felt deeply personal to me.  I had so many conflicting emotions chief among them being anger and frustration.  As writers are wont to do, I channeled my feelings into a novel.  Readers have responded enthusiastically to my series, and Frodo, Matt’s best friend has long been a fan favorite.  I’d been toying with the idea of writing their origin story.  When I ran this idea by Tom, he suggested that I take a look at Mark Greaney’s excellent novel Relentless.  In this book, Mark actually has two simultaneous timelines, and I decided to steal part of that concept. Forgotten War takes place during the fall of Afghanistan, but it also has a lengthy subplot that features Matt & Frodo during their first joint tour of duty in Afghanistan years prior.  Forgotten War has been both incredibly difficult and incredibly rewarding to write.  I hope it resonates with my readers.

When a mysterious walk-in to the US embassy in Vienna claims to have critical information about a Russian intelligence operation, he raises eyebrows. But when he asks for Matt Drake by name and calls himself the Irishman, he gets the DIA’s premier case officer on a one-way flight.

Matt arrives to find Austria’s charming capital lousy with intelligence officers, all swirling around Nolan Burke—a onetime member of the real IRA. But before Matt can debrief Nolan, the Irishman is kidnapped by a Russian direct action team. Now, Matt must find a way to repay the debt of honor he owes Nolan while stopping World War III in the process. 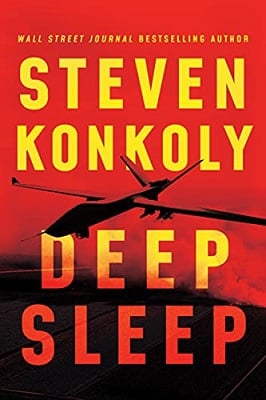