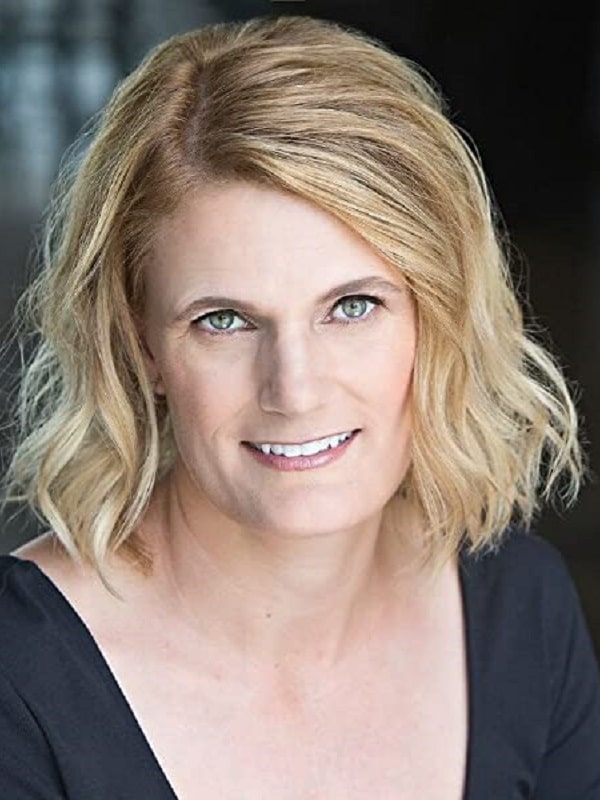 Laura Griffin is the New York Times and USA Today bestselling author of more than thirty books and novellas. Her books have been translated into fourteen languages. Laura is a two-time RITA® Award winner (for Scorched and Whisper of Warning) as well as the recipient of the Daphne du Maurier Award (for Untraceable). Her book Desperate Girls was named one of the Best Books of 2018 by Publishers Weekly. Laura lives in Austin, Texas, where she is working on her next novel.

Q Will this be a series? And why a rescue dog?

Laura: I don’t have plans to make it a series, although the secondary characters have been teed up for more. I might come back to them, even years later. I became a dog owner about ten years ago. My dog is a Weimaraner. We adopted this sweet dog. I did some research for a previous book I wrote, Alpha Crew Dogs, about bomb sniffing dogs. From there I learned about search and rescue dogs. I really wanted to write a story about this type of dog.

Q What about Huck, the dog?

Laura: I started the story with writing about Huck. I wanted to make him an intricate part of the story. Huck is a black lab because I read a book about a park ranger who does search and rescue work. Labs are smart, sweet, good with people, can be playful, and trainable. Yet, I did not write Huck as having the personality as a human. But Huck is so intelligent with very powerful smelling abilities and great instinct. Huck was seen as a danger to the bad guys who tried to eliminate him. Just as with military dogs, the enemy knows they are in trouble because the dog can find ammunition, guns, and bodies. Huck became a threat.

Q How would you describe Ava?

Laura: Determined, smart, and underestimated. She is a woman who grew up in a man’s world of law enforcement. Her dad was a game warden, so she had experience with law enforcement although she is a civilian. She can be overly sensitive

Laura: Since her dad was in law enforcement she reflects on if she wants a relationship with someone in that profession. The job can be wearing on people, her dad was always working, many times preoccupied by the grim facts of his work, and her mom had to raise the children by herself. This caused a conflict between herself and Grant because he is a workaholic. Ava can read people and is guarded.

Q How would you describe Grant?

Laura: His home and family are important to him. He is protective, wants his town to be a better place, very dedicated and committed. He is sweet with a big heart, at times condescending, has a big ego, and stubborn.

Q What role did the setting play?

Laura: It takes place in West Texas, which is very remote. The town is in transition, going from a little town to a tourist town with more people. There is a lot of outdoor activities in the plot including, climbing, hiking, rock climbing, a dude ranch, and shooting a crossbow. During Covid a lot of people shifted to the National Parks. Many times, they did not understand all the dangers of these types of settings. For example, people don’t take water or the correct supplies. They are a little bit careless with their safety considering the natural dangers, which is why Ava and Huck helped to rescue people who got themselves in trouble. I learned about rock climbing when I did the research for Stone Cold Heart.

Laura: It is the next book in the “Texas Murder Files Series” and titled Deep Tide. Leyla is the heroine, who runs the coffee shop. It will be out in the spring. Leyla finds one of her employees murdered in the alley behind her coffee shop. The hero is Sean Moran, who is on an undercover mission. Together he and Leyla are trying to solve who murdered her employee and why.

Vanishing Hour by Laura Griffin shows why she is the master of suspenseful romance. This plot has cold cases, search and rescue missions, and a loveable black lab.

Corporate lawyer Ava Burch has had enough of the big city and the daily grind. She grew up with her father, who raised search-and-rescue dogs, in rural Texas and has moved to the small town of Cuervo to spend time in the dry, rugged wilderness near Big Bend National Park. She is also a volunteer working search and rescue with her dog Huck. On a SAR mission, Ava becomes aware that women are missing annually from the hostile desert environment around the town and decides to pursue her own investigation, finding out that there are three missing women, all unsolved cold cases.

Grant Wycoff deputy sheriff and lead investigator reluctantly is paired with Ava since she and Huck can lead him to where there is evidence of the missing women. He does not want her working his case because she is a civilian and might endanger herself. The two of them don’t see eye to eye about the case. They butt heads digging their boot heels in to see who’s stronger willed. Grant sees her as a city slicker, wearing designer jeans and a driving a shiny new car. He thinks she has no business on a serious team made of seasoned outdoorsmen and retired cops. She is too stubborn to listen to him and eventually shows him her worth. In addition, they both realize there is chemistry between them.

This plot has it all: a gripping mystery, a sizzling romance, and plenty of action. It will keep readers on the edge of their seats with plenty of red herrings placed strategically throughout the story along with real clues.