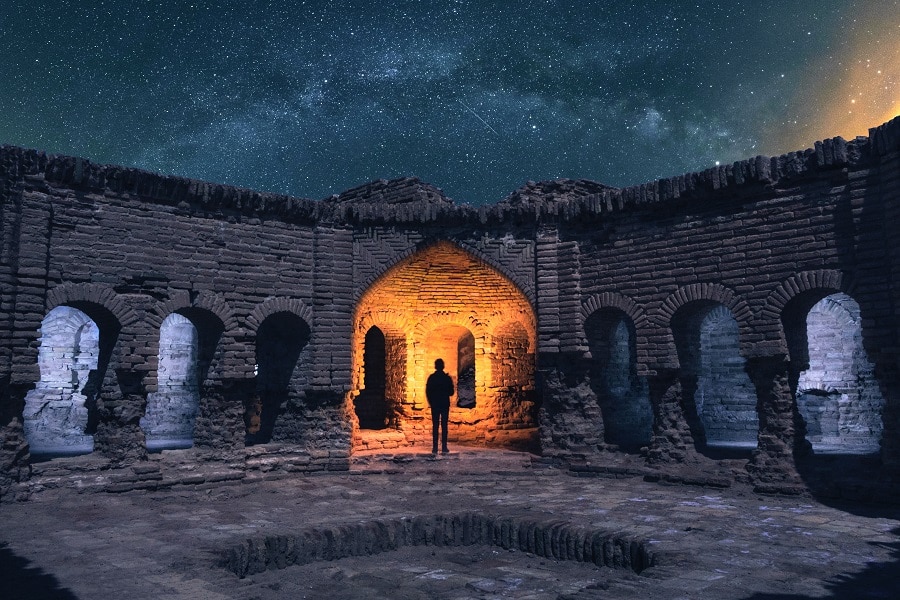 Why aren’t more thrillers set inside Iran?
Matt Scott
During the good old days of the Cold War, geopolitical thriller writers generally drew their creative water from one of two wells in terms of plot conflict: the U.S.S.R. or what was left of the Nazi regime.
Locations such as Moscow, East Berlin, and myriad of places eastern Europe were all winners for writers and their respective audiences. John LeCarré, Robert Ludlum, and Tom Clancy remain the upper echelon of thriller writer royalty for their efforts in these endeavors.

The end of the Cold War left many thriller writers having to dig deeper than normal within themselves to conjure up their next major villain that was fighting for sake of their country’s national interest. But 9/11 brought with it a new pool of villains for writers to choose from that had no official home or country designation. Former leaders of the U.S. intelligence community will be the first to say that events of 9/11 were spawned from a lack of imagination on their part as well as both internal government bureaucracy and rivalries among the agencies. In the aftermath, thriller writers were more than happy to fill in the visionary gaps, which gave birth to a new golden age of thrillers penned by authors such as Vince Flynn, Brad Thor, and Joel C. Rosenberg, all of whom are beloved by their fans.

Terrorist agendas were personal and confined to their religious cause rather than national interest. This allowed authors an abundance of creative license because al-Qaeda operatives were not confined to any type of national or international law, which in turn gave their protagonists a vicious edge to their personalities and execution of their duties. This leeway also allowed their characters to bounce in and out of locations in the Middle East such as Afghanistan, Pakistan, and Syria, which that were largely untouched by the generation of authors that preceded them.

Though the type of terrorism that readers have come to associate with the events of 9/11 are now twenty years behind us, there has been one national villain that has consistently plagued Western society: Iran. Attacks such as suicide or car bombings, and attacks on Israel’s Iron Dome at the hands of Iran or their proxies in Hezbollah or Hamas have continued to dominate news headlines for the last forty years. Further, the Ayatollah regime and their devoted followers still hold a firm grasp of contempt for the United States thanks to the CIA’s coup in 1953 that deposed Mohammed Mossadegh, Project Ajax, as well as on-going hatred for Israel who they view has the United States dancing like marionette at the end of their political strings. Why then have readers seen so few thriller novels set inside Iran?

Unlike the days of the Cold War when Soviet and U.S. spies alike found ways to enter the enemy country trolling looking for spies on the other side to flip, or could conduct sabotage missions, espionage in Iran brings with it a different set of problems. Today’s western spies have to take far more precautions to roam around the streets of Tehran than their predecessors did in Red Square. Many western spies caught in the U.S.S.R. had the luxury of simply being deported after interrogation. Iranian authorities, on the other hand, are known to execute spies with only the formality of a trial.

It’s fair to say that the U.S. intelligence operatives continue to engage themselves within Iranian borders, but thanks to The Algiers Accords of 1981, which prevents the United States from directly or indirectly interfering in Iranian affairs, few operatives have gone on to tell their tales about the operations they conducted inside the Islamic Republic. Their missions remain classified. Former operatives such Robert Baer, Fred Burton, and Tony Mendez have been some of the few former operative that have gone on to pen the details of their now declassified missions, but the volume of espionage tales inside Iran pale in comparison to those of the Cold War. This lack of personal experience limits the research available to thriller authors to pull into their novels. Any good author of espionage thrillers knows that their readers will grant them a certain amount of creative latitude because they expect to be entertained by the fiction that is surrounded by the truth, but that latitudes has its limits, which includes the setting’s geography.

Americans who are brave enough to travel to Iran to see it for themselves are legally required by Iranian law to have a chaperone to accompany them around the country. This helps the Iranian government accomplish two goals: curb espionage and prevent any prying eyes from seeing anything they shouldn’t see. Any westerner visiting Iran is certain to encounter western-like behavior among the local Iranian population such as moderate drug and alcohol use as well as indoor parties where women have removed their chadors and exposed their skin that they are legally prevented from showing on the public streets. The Basij does their best to restrict this behavior, but they can’t be everywhere at once. It is tolerated it off the record unless the activity becomes habitual and their intervention is required.

What they will not tolerate is pictures to be taken in front of government buildings as well as locations such as Milad Tower, home to the state-owned television station, and the notorious Evin Prison, which is home to a handful of Americans and other political prisoners who dared defy Iranian law. Often, the charges for the prisoners inside are trumped up by the Iranian police because they are quick to deem any westerner as a spy, but the fact remains that those who have had to endure an Iranian prison, even if they live to write a book about their experience, serve as a stark reminder that western interference, however insignificant, is not tolerated and is met with harsh consequences. The experiences of New York Times reporter Jason Rezaian as well as those of Maryam Rostampour and Marziyeh Amirizadeh, who were imprisoned for distributing Christian bibles, are recent examples. The accounts of their personal experiences at Evin, Prisoner: My 544 Days in an Iranian Prison and Captive in Iran, are recommended for those who are curious.

Luckily, readers have been fortunate that there are a handful of novels whose authors have taken the time to not only select the Iranian government as its primary villain, but utilize the treasure trove of creative benefits that the inner workings of Iran provides such as the People’s Mujahadeen of Iran (PMOI), which is the official, legal hand behind the charge for regime change in Iran, the underground black market that is the true center of the Iranian economy, and the hundreds of historical and modern sites of genuine value to the Iranian culture. Azadi Tower, Golestan Palace, the old U.S. embassy, Naqsh-e Jahan Square, Falak-ol-Aflak Castle, and ruins of Persepolis are only the tipping point for locales that can be mixed in with thriller plots that readers are dying to hear more about.

For readers looking for thriller novels with plots set inside Iran, I recommend the following.

You will find fewer novels set inside Iran that are better than this series of novels. Rosenberg has a dual citizenship in the United States and Israel, but resides in the latter. This not only affords him the front row seat at Iran that readers are looking for, but the success of his novels has also garnered the attention of many Middle East leaders such as Ariel Sharon, Benjamin Netanyahu, and King Abdullah II of Jordan. The Twelfth Imam series follows his protagonist, David Shirazi, who is of Iranian descent, into his job as a CIA operative inside Iran. If you can suspend a little bit disbelief in that the Twelfth Imam is reincarnated and walking the earth, you will be staying up way past your bedtime reading these novels.

Night in Tehran by Philip Kaplan

Based on real events and set in Tehran during the turbulent last days of the Shah, Kaplan looks at Iran’s final pre-Khomeini days through a different lens. Rather than toy with history and create a fictional story line of sneaking the Shah out of Iran, Kaplan utilizes his protagonist, David Weiseman, to discover the best way to remove the Shah from power in a way that will find middle ground for the military, religious extremists, and political ruling class. In the days leading up to the Islamic Revolution that had thousands of Iranians protesting “Death to America” on the streets, Weiseman has a target on his back and a relentless reporter on his tail.

Protect and Defend by Vince Flynn

Every reader of political spy thrillers can name their favorite Vince Flynn novel. It’s practically a requirement. Protect and Defend will always be at the top of my list. The novel hops back and forth between Tehran and Washington, D.C., but who can resist reading about Iranians kidnapping the Director of the CIA? The novel was the first of its kind to explore the details of the resistance against the Supreme Leader, and will have you drooling for Flynn’s ruthless protagonist, Mitch Rapp, to inflict his revenge on the Iranian Revolutionary Guard.

The Increment by David Ignatius

Thanks to his experience as reporter and editor for the Washington Post, Ignatius is well-tuned into the conflicts of the Middle East. If you’re concerned about the threat of Iran acquiring nuclear technology, this novel puts you in the middle of the action right off the bat when the leader of the CIA’s Persia House, Harry Pappas, receives encrypted messages from a scientific source inside Iran. But, as quickly as the messages start, they suddenly disappear. The source fears that he is being followed, but doesn’t know by whom, and fears for his life. The plot thickens at every turn as Pappas enlists some help from his friends in British intelligence to get his source out of Iran.

Matt Scott holds a BA in Political Science and History from Hampden-Sydney College, a liberal arts institution in central Virginia, where he studied under former Director of the Defense Intelligence Agency, General Sam Wilson. He currently resides in Charlotte, North Carolina while continuing his career in the field of logistics and supply chain.

In December 2020, he signed a three-book deal with publisher Speaking Volumes to write a series of novels all concerning the Iranian threat to the West. His debut novel, Surviving the Lion’s Den, has received critical acclaim. The sequel, The Iranian Deception, was released in June. The final book in the series, The Ayatollah Takedown, has a tentative release date of early 2023. 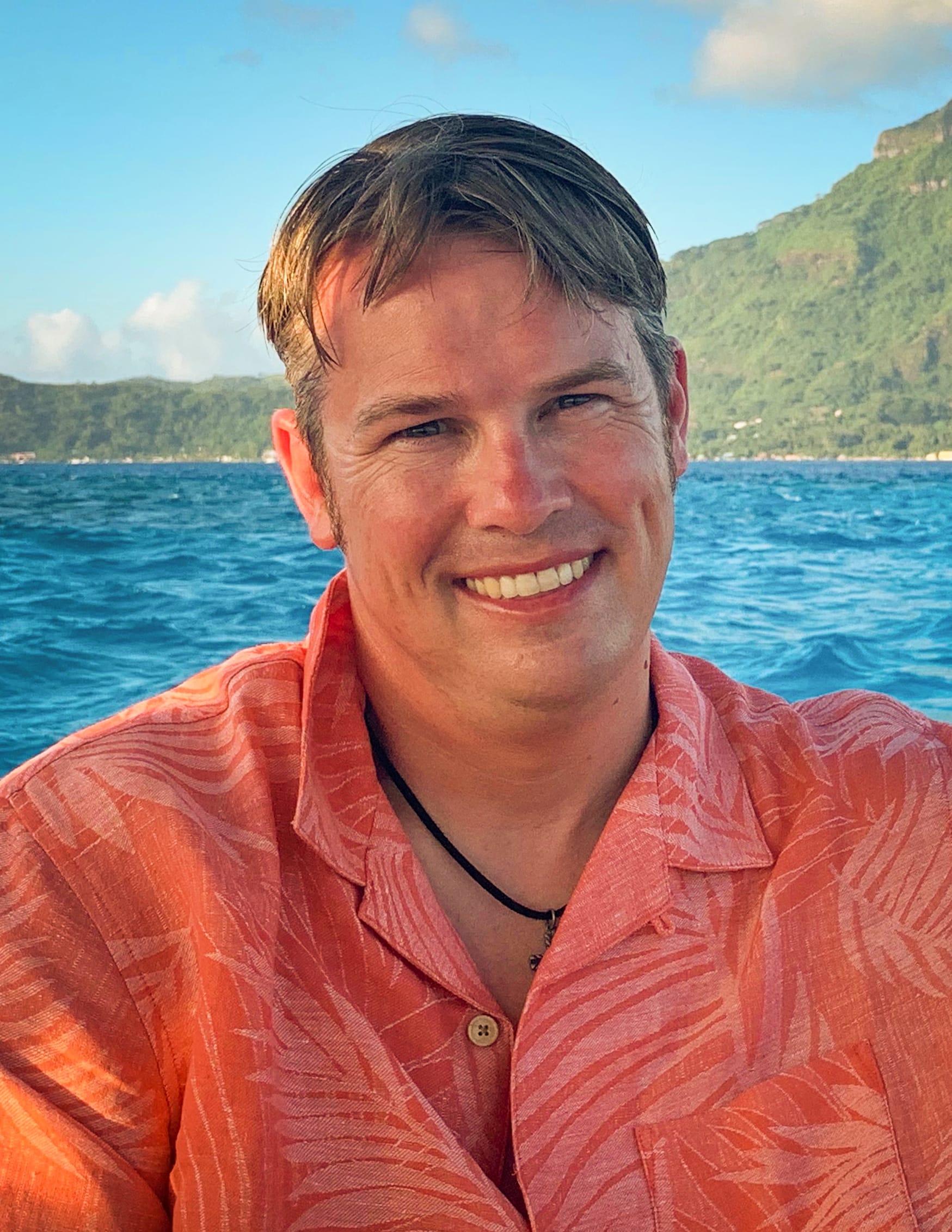 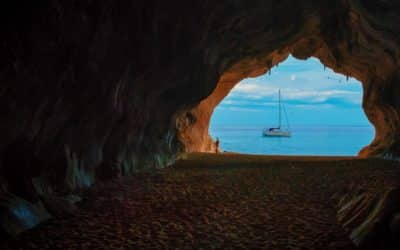 Why the Tropics are Ripe for Thrillers 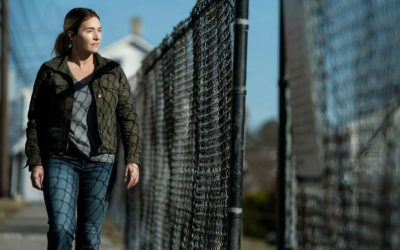 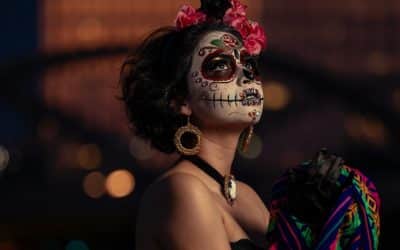